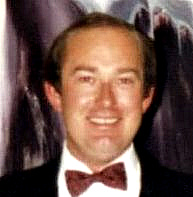 In some religious faiths, if you die and it is not clear whether you belong in heaven or hell, you are left in limbo. Presently, the Affordable Care Act is in limbo.

Democrats, particularly those up for re-election in 2014, desperately want the website to be fixed so that the state of grace will be returned. Republicans, on the other hand, are fueling Dantes inferno.

We should stop and remember that all previous health care acts did not turn on the success of a website. Medicare, Medicaid, ERISA and OMBRA83 never required heavy technological support. To this day,old Blue Cross mainframe software is used to pay Medicare claims and most of the insurance industrys legacy software is in sorry, pitiful shape.

One need only take a look at the software created under contract by CGI, the exchanges and Healthcare.gov to see it is a beauty to behold. Sure, it has bugs and lots of wrinkles to iron out. But, that is largely an artifact of change orders continually introduced by state and federal bureaucrats who hold the purse-strings and dream nightly of improvements to the system.

The system will get fixed, not by government IT staff, but by the same contractors who designed and built it and have been given a mandate to git ur done. The motivation, of course, is that they want their final invoices paid, which represent their profit on the job.

What really plagues Obamacare? Will a website that runs like a Swiss-watch cure its problems? I doubt it. We are only beginning to witness the never-ending cascade of unintended consequences that always emerge from legislation created in an Easy-Bake Oven. The first devil in the details, of course, is that cancellation of millions of individual and family policies,necessitating their replacement with policies whose premiums are 25 percent to 40 percent higher.

For those who characterize this problem as one of a broken promise or substandard coverage, I suggest you do two things. Take the rate schedules for any major carrier for 2013 and compare it to the rate schedule for 2014. To suggest that premium reductions balance out premium increases is a real stretch.

What is happening right now is that young, healthy invincibles lag in enrollment and those with pre-existing conditions are first in line. This could easily result in even higher price increases in 2015 until future years when the penalties have sharks teeth. It could be 2017-2019 before the young and healthy positively effect the risk pool. Remember, there are two elections before this game ends.

Clearly, enrollment in Medicaid is moving ahead briskly. But, is that what Obamacare was supposed to be all about? If we are solving the rising costs in health care by swelling the ranks of free public entitlement programs for the poor and handing out subsidies for the insurance premiums of the middle class (incomes up to $94,000), it all flies in the face of the laws of economics.

Costs are supposed to accrue to the consumer by virtue of efficiency improvements rendered by the invisible hand of market forces that applies a disciplining force. It is insulting to claim consumer costs have gone down because government is paying the cost or subsidizing them. It is tantamount to urinating on my foot and telling me it is raining.

Those states who chose not to expand Medicaid might turn out to be Mensas. Should the federal government ever acknowledge the true costs of this latest expedition and find itself politically unable to fund the largesse, the burden will shift to states that treat Medicaid as a form of economic development.

This injection of additional money has the potential to skew hospital and physician revenues and further flame the fires of inflation.

We have yet to experience the long-term shifts sure to come in employer-based health benefit plans. The mandate on small businesses with more than 50 employees will hit first, in about a year. By 2017, the exchanges will begin to serve employers with more than 100 lives. This could easily result in a tectonic shift from defined benefits to defined contribution and a crumbling of the age-old employer-sponsored health insurance system.

Obamacare is really only one mega-trend in this situation. Most job growth now comes from non-union, small businesses that are more price-sensitive to the cost of health insurance. If they begin their life using the exchanges, they likely will continue. Second, employees want portability and control over their benefits and choice of insurers. The third and most powerful driving force is the sheer costs.

Consider that larger group employers have to offer COBRA and conversion at no more than 5 percent of the actual cost of their benefits plan. Yet we all know that COBRA costs are very expensive. So is dependent coverage in all manner of school district and large group plans.

Im not talking about 20 percent, but a chasm that simply cannot be crossed. Perhaps this is partly due to a lack of deductibles in large group plan designs. I suspect it is because the real costs have been rendered invisible by management decisions.

Most senior managers want rich benefits for themselves and their families. Boards of directors seldom scrutinize such line items, and unions will trade off salary costs for benefit improvements, particularly if they get to manage the plan and skim a few percentage points off the top.

Health care benefits are just not material enough in managements eyes to allow them to spark a riot within the labor force.

A harsh reality has been revealed in the cost of providing employee health benefits. Conventional wisdom is that self-insured plans have healthier populations and are more efficiently managed. The plain fact may very well be that large group plans, fully insured or self insured, are as grossly inefficient as the bureaucratic organizations that host them. They simply cost too much.

When the time arrives that big box retailers who have razor thin margins have to insure their employees or pay penalties, change will not be as far behind for the manufacturers who make all the stuff they sell.

My belief is that the bulldozers and scrapers are lined up and the diesel engines are running. Soon, the landscape will begin to be reshaped in thin layers, one inch at a time.

And who will be the beneficiaries of this change? Clearly in the short term, the intent of the oligarch insurance companies is to squeeze the health providers. Insurers are tightening their networks and negotiating fee schedules down to rock bottom. Government and large employers, who book these savings on their financial statements, love the fact that they have engaged the seven large insurer/oligarchs as their loyal agents in carrying out this unseemly task. All they have to do is give the insurance companies a steak off the flank in return for doing the dirty work.

But, I tend to be a contrarian in this area too. The seven large insurers who dominate todays insurance market sit poised like a falling rock in the Utah Canyonlands. They are where IBM and the other major computer manufacturers were positioned before the computer industry imploded. None of those players remains today except IBM and it no longer manufactures hardware.

Take another example: AT&T and the Bell Operating companies. When telecom was deregulated after 1996, they fell like Goliaths at the hands of David. Ditto for airlines, transportation, travel agents, booksellers the list never ends. When perturbations and disruptions occur due to changes in technology and business models, incumbents become vulnerable to insurgents.

Make no mistake, I am not forecasting the demise of Anthem. It will be around the same way AT&T, IBM and AmTrak still exist. We do not know the Google, Facebook, Twitter, Apple and Microsoft equivalents being incubated in the backwaters of the market. But, rest assured, as the technology of genetics, tele-medicine, diagnostics and other disruptions grows, change is inevitable.

Will it come from some insurgent group of physicians who form a cooperative the way farmers took control of their destinies at the end of the 19th century? Will it be the next generation of private equity firms that see profit in exchange-traded health futures contracts?

Rest assured the problems with the Obamacare website when viewed retrospectively will be seen as one small skirmish in a much larger war. As the Chinese proverb suggests, it is an interesting time to be alive.