The quest to ensure safe cantaloupe 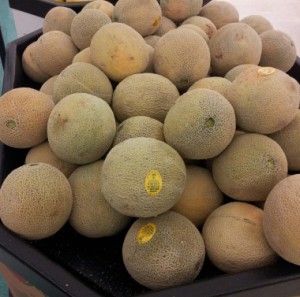 Colorado-grown cantaloupe will start rolling into supermarkets and farmers market stands in mid-August and for many, its long anticipated.

Or at least it used to be.

No one will forget the deadly listeria outbreak in 2011 traced to cantaloupes grown at Jensen Farms in Holly, 90 miles from Rocky Ford. With at least 34 deaths, one miscarriage and numerous cases of people who became ill, stricter food safety guidelines were implemented immediately. Still, in 2012, a listeria outbreak tied to Indiana cantaloupe claimed three more lives.

Food safety advocates and those whove lost loved ones grow more outraged when these problems arent solved. Marion Nestle, a nutritionist and professor at New York University, said with well-designed safety plans, the systems work. The trick is to take the systems seriously and use them.

Nestle said that it might have been OK to cut corners and not bother to test for bacteria when the contaminants were not so pathogenic and food-borne illnesses not so serious.But now they are deadly.

In some cases, Nestle said, food-borne illnesses stem from industrial meat production practices, including the improper handling of animal waste and animals raised in too-close proximity. Under the voluntary audits of the USDA Good Agricultural Practices (GAPs) and Good Handling Practices (GHPs), the federal government has developed tougher safety guidelines. The goal, according to the USDA, is: To verify that fruits and vegetables are produced, packed, handled and stored in the safest manner to maximize food safety.

About 44 consumer safety officers are available to perform safety inspections under the Food Safety Modernization Act (FSMA) rules, according to Devin Koontz of the FDA. Officers tag-team among Colorado, Utah, Wyoming and New Mexico.

Joe Miller runs Miller Farms in Platteville, Colo., where he grows corn, potatoes and about 10 acres of cantaloupe each year. Driving around the farm, Miller shows off those crops like a proud parent introducing his children. He checks on the lettuce and sugar peas to make sure all is well in the field before his produce reaches your dinner plate. 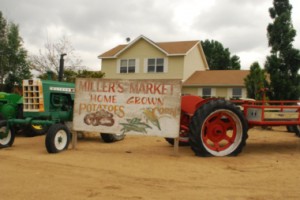 But last year, he didnt have much need to look after his cantaloupe crop. He suspected consumers were still queasy about the thought of eating cantaloupe.

After the cantaloupe scare in 2011, we could hardly sell a cantaloupe. We just didnt harvest them because no one wanted them, Miller said. We probably lost $10,000. We just left it in the field to rot.

This year hes betting that the customer base will be back. He planted the same amount of cantaloupe and plans to truck them to the nearly 40 farmers markets he supplies each week.

The marketing campaign that turned things around

Just as Idaho is known for potatoes and Washington for its apples, Colorado prides itself on Palisade peaches and Rocky Ford-brand cantaloupe. So when the highly visible Rocky Ford cantaloupe label needed an image makeover, the state initiated a major marketing campaign designed to restore public confidence.

When we saw the disaster hit the Rocky Ford area, our marketing department took the lead in moving the ball forward to re-brand Rocky Ford cantaloupe because the issue was not in Rocky Ford, said Colorado Department of Agriculture (DOA) Commissioner John Salazar. Yet Rocky Ford took the black eye.

The state worked closely with the Rocky Ford Growers Association (RFGA), a group of about 17 area growers, and major retailers including King Soopers, Safeway and others. An outside marketing and branding firm conducted extensive consumer research to assess public opinion and collected vital information to help project supply and demand for retailers and growers.

An advertising campaign was created and directed at TV, radio and billboards to push key messages to consumers, such as Rocky Fords 125 years with a spotless safety record.

Grocery stores also hosted events where consumers had face-to-face contact with the farmers who grew those onions, chili peppers and cantaloupes in their grocery carts.

In addition, the Colorado State Uuniversity food safety faculty focused on developing consumer handling recommendations, such as how to wash, cut and store melons. Currently, CSU is exploring methods for post-harvest handling of cantaloupe, said Tom Lipetzky, director of marketing programs and strategic initiatives with the Department of Agriculture. 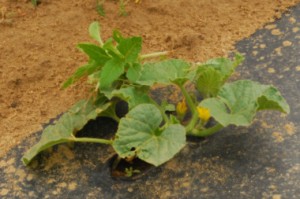 CSU also works with farmers markets to teach food safety practices, said Marisa Bunning, CSU associate professor in food science and human nutrition. We worked with the state health department and the farmers market association on coming up with some sampling guidelines because it can have a negative impact on a farmers market if theres any kind of an outbreak related to it.

Through training sessions, CSU extension specialists teach growers and vendors about safe handling of fruits, vegetables and, especially, leafy greens during sales transactions. We try to encourage vendors not to use their bare hands when filling the bags, and to use tongs or gloves, Bunning says.

Vendors are also encouraged to remind consumers about the importance of washing produce at home, Bunning adds.

We actually built our name back, said RFGA Board Chair Michael Hirakata. It was a team effort. I was very pleased.

Hirakata said that not much has changed in the field to improve food safety, except now, theres more paperwork, including seven three-ring binders filled with policies.

What were doing now is documenting, and constantly training ourselves and employees.

Hirakata Farms uses state-of-the-art technology to cool and wash melons. Washing is a three-step process that includes a microbial melon soap, chlorination and a final rinse. With people and processes in place, Hirakata can rattle off readings from the temperature inside the cooler to the water quality flowing through the pipes and pumps

Another new voluntary safety practice has seen all growers who produce cantaloupe with the Rocky Ford label agree to GAP and GHP third-party audits. Salazar said one is scheduled and one unannounced.

When the FDA steps in

While many anticipate the FDAs next move under the Food Safety and Modernization Act proposed rule, questions remain about how it will affect production and distribution.

With the FDA, I know they are interested in visiting farms that have packing sheds like Hirakata Farms, particularly for cantaloupe, said Bunning.

In Millers case, his produce goes directly from the dirt to the truck to the market to your mouth. His melons never sit in packing sheds or refrigerated trucks that haul tons of produce cross-country. He delivers within about 24 hours of the time its picked.

Farmers are curious about whats in store for mixed-produce growers, like the Millers, who dont use packing sheds but do harvest cantaloupe

Based on the proposed rule, Koontz from the FDA said farms that produce $25,000 or more in food products will be expected to comply with the federal regulation.

The five key elements come together to have farmers focusing on where pathogens are most likely to be introduced into their product and where those pathogens can proliferate, Koontz said. The five key elements are agricultural water, bio-amended soil, equipment tools and buildings, sanitation and wild animals that wander into the field.

The proposed rule was published in January 2013. The comment period expires on Sept. 16, 2013, unless the FDA extends it. Koontz anticipates the final rule will be published sometime in 2014 or 2015.

When agriculture revenue numbers slide, even by a few million, people like Salazar take notice.

Safe handling of cantaloupe
Cantaloupe are grown in close contact with the ground, which may occasionallyintroduce bacterial contamination from soil, water or animals. Contamination from human contact may also arise during or after harvest.
(Source: Colorado State University Extension Service)

The 2011 cantaloupe crop had a value of $9.2 million, Lipetzky said. By 2012, not surprisingly, the value diminished to about $7.3 million, according to the USDA National Agricultural Statistics. While those numbers are significant, they pale in comparison to the value of Californias cantaloupe crop, estimated at over $185 million in 2012.

Agriculture is the second largest contributor to the states economy, Salazar said. It produces an estimated $40 billion a year in revenue.

In addition, the State Demographers Office reported that in 2011 Colorado had about 40,092 agriculture workers, of which 31,051 worked with crops and livestock.

So a lot of people depend on a healthy agricultural sector.

News of vegetable disasters linked to food safety spreads like wildfire, jeopardizing other produce markets. Growers who never plan to harvest cantaloupe could end up getting stung if the Colorado Proud mantra became associated instead with tainted produce.

Anything that affects one vegetable has an impact over the rest of what we produce because it makes consumers more leery about what they consume, Salazar said.

Lipetzky calls it the spillover effect. It happened with onion shipments headed for Chicago in 2011.

We were hearing back from their buyers, We dont want any identification of Colorado on the product, Lipetzky said.

There was more at stake here than just cantaloupe.