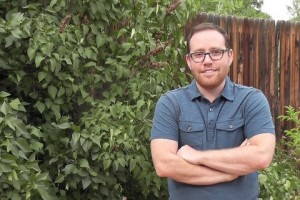 One of Colorados largest health insurance companies has reversed itself and is now covering care for transgender patients.

Kelly Costello, 32, of Denver, received stunning news last week. One day after getting a formal notice that Anthem Blue Cross and Blue Shield of Colorado would not cover chest reconstruction surgery, the company abruptly overturned its decision.

Costello received a written notice that Anthem has reversed its decision and now will cover some or all of the services. Costello had paid about $8,000 in out-of-pocket expenses for the surgery he underwent in April.

Im excited that were starting to set a precedent for access to trans-inclusive health care in Colorado, said Costello, who came out as transgender at age 23 and recently decided to proceed with surgery. We deal with a world that is still largely transphobic. Jokes and violence continue to persist, Costello said.

Health insurance policies that have explicitly prohibited care for transgender people have led them to have very low expectations for getting decent care, Costello said.

This decision may improve access to appropriate health care so transgender patients can feel like a whole person.

In March, Colorados Division of Insurance issued a bulletin barring health insurance companies from discriminating against people who are gay, lesbian, bisexual or transgender.

While the transgender community is small and not everyone will seek out surgery or hormone treatments, Costello said the bulletin and subsequent rulings have been groundbreaking.

Since March, patients and insurance companies have been sorting out how the bulletin would affect patient care.

Costello also had filed a complaint with Colorados Division of Civil Rights. Like Manigault, Costello contended that he was receiving unequal health care specifically because he is transgender. Costello, however, did not file his claim within the required 60 days of being denied health care services and, based on this technicality, the Civil Rights Commission will not rule on the merits of his complaint.

Anthems decision could have reverberations throughout the insurance industry. Its parent company, WellPoint, is the second biggest insurer in the U.S. behind UnitedHealthcare.

Industry wide there have historically been exclusions regarding gender reassignment surgery, but now with guidance from the Division of Insurance, those policies are changing, Anthem spokeswoman Joyzelle Davis said in a written statement. Anthem is in the process of changing its systems and policies in accordance with the bulletin.

With nearly 1 million members in Colorado, Anthems about face could sway companies that otherwise might have fought the new bulletin. Davis said Anthem was the first carrier in Colorado to offer domestic partner coverage for small groups starting in 2007.

Prior to the March bulletin, LGBT Coloradans could be charged higher rates for health plans, and sexual orientation could be used as a pre-existing condition to limit or deny coverage. Under Colorados statutes, transgender status is included under the definition of sexual orientation. Costello reviews appeals he filed with both Anthem and Colorados Division of Civil Rights as he sought coverage of chest reconstruction surgery.

For Costello, who was braced for a long fight, the timing was a surprise.

Last Tuesday, he received a denial of his appeal for coverage. He expected it, but still the news stung.

It felt defeating. As someone who has the resources, the energy and the time to fight this, I still could feel the emotional impact of the denial, Costello said. Then to so quickly receive a letter saying, Never mind. Ignore that, is amazing. I finally feel like my health care is a priority.

Costello still doesnt know whether the full cost of his surgery will be covered. In order to pay for the surgery, he had sought donations through the crowdsourcing website, Indiegogo. Once Costello receives reimbursements, he plans to follow up with donors to identify an appropriate use for the money, possibly offering refunds or donating the money to charitable organizations.

I want to make sure this is benefiting the community, said Costello, who manages grants for the Denver-based Gill Foundation, which advocates for LGBT equality. I received so much support from my family and friends. This fight is bigger than my own.

Unlike many transgender people, Costello said he has not suffered grave consequences regarding his transition.

An only child of supportive parents, Costello has always been known as Kelly and received a powerful message growing up as a girl in Philadelphia.

He wasnt a girly girl. Nor was he a tomboy. He didnt wear makeup and mostly wore comfortable clothes from shorts to pants to skirts.

All the kids in the neighborhood boys and girls grew up playing in the streets outside their homes.

Later during his teen years and early 20s, Costello found himself in settings where he clearly had to identify himself as female. At a summer camp where he went for years and eventually worked as a counselor, everyone called him Aunt Kelly.

He knows that people wondered about his sexual orientation, but at camp no one ever dared to ask. Even if they did, he might not have had an answer for them.

Then he worked at an elementary school where students called him Miss Costello.

I didnt feel like I had a lot of room to ask the internal questions, Costello said.

To figure out his gender identity, Costello had to break free from those places where gender seemed set in stone.

He said he didnt feel alienated as a girl, but by his early 20s, he knew that he wanted to identify as a male.

It wasnt until college when I met other transgender people and when I was out as queer that things started to click a bit, Costello said.

Finally, while living with new friends in Chicago, Costello remembers the moment when his identity became clear. 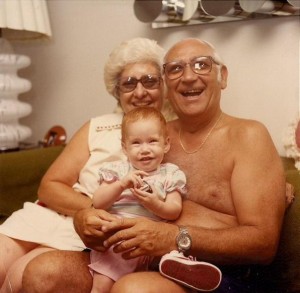 Costello as a toddler with his maternal grandparents. Costello said his grandfather, now in his 90s, was the first in his family to adapt to calling Costello a he instead of a she. Hes amazing, Costello says of his grandfather. Sometimes you find allies in really unlikely places.

It was about 5 a.m. I was sitting in my roommates room when I first acknowledged it out loud. After talking in circles, I finally said, Im a boy.

Many friends and family members were supportive, albeit slow to adapt. Most surprisingly, Costellos grandfather who is now in his 90s, was the first in the family to shift pronouns.

An unexpected and painful indignity came when a family member withdrew an invitation to a wedding.

The message was that I no longer have a place in my own family, Costello said. I wasnt in a place emotionally that I felt I could fight it. I just accepted it.

Costello wished at the time that other family members could have been more vocal in their support.

By 2005, Costello had started taking testosterone, which deepened his voice and allowed him to grow a neatly trimmed beard.

Transitioning was both a relief and a challenge.

Any major change in someones life is emotional. It takes a lot of energy and there are a lot of implications with family and friends. When I first started transitioning, there were times when people were having a lot of trouble getting my pronouns correct. It was definitely a challenge and a lesson in patience.

At the same time, it was a big relief. I was able to focus on being myself and be less concerned with what other people were thinking, Costello says.

While Costello began his transition nearly a decade ago, the timing wasnt right to have top surgery until this year.

Theres no checklist for trans people. Some people may just change their names. Some may go on hormones. Some may have surgery. Others may not. We have varying degrees of discomfort, or not, with our bodies. People get to make whatever choices feel comfortable for them, Costello said.

Having top surgery has given Costello a sense of peace.

I didnt realize how big of a change it would be. My level of comfort and ease in the world post-surgery is just amazing, he said.

Costello said hes grateful to have avoided some of the stress and rejection that other transgender people have faced.

In a lot of ways, my transition has gone really smoothly. A lot of that is due to the fact that there have been transgender people doing amazing work before me. Im also really lucky to have an incredible community around me. There have definitely been painful moments during this process. At the same time, I feel really grateful to have had a tremendous amount of support.

Now I can live a life of integrity. I have room to continue to grow.