Included in the laws passed in the waning hours of the 2013 session of the Colorado Legislature is one that has state, county and local officials bewildered. The so-called driving-stoned law, intended to minimize the public health threat of impaired drivers on the roads, is expected to be tough to enforce and likely will spark a host of changes for the legal community.

The measure legalizing marijuana for recreational use was passed by voters in November. On the day after Memorial Day, Gov. John Hickenlooper signed measures asking voters to approve taxing the sale of non-medical use of marijuana and limiting the amount of the drug that nonresidents of the state are allowed to purchase.

One of the other laws in the regulatory package signed by the governor, the so-called driving-stoned law, isnt as cut and dried, though. The law sets limits for the presence of the chemical THC, the active ingredient in cannabis, at 5 nanograms per milliliter of blood. But that may not tell the whole story.

There is little doubt scientifically that marijuana can have negative impacts on users. According to the National Institute on Drug Abuse, THC affects areas of the brain that control the bodys movement, balance, coordination, memory and judgment, as well as sensations.

More research is needed, the institute says, to understand marijuanas impact on the ability of drivers to react to complex and unpredictable situations.

Also, according to the institute, Evidence from both real and simulated driving studies indicates that marijuana can negatively affect a drivers attentiveness, perception of time and speed, and ability to draw on information obtained from past experiences.

Still, simple blood testing may not be an accurate measure of a drivers impairment.

Sarah Urfer, laboratory director at ChemaTox Inc., a toxicology lab in Boulder, says there are some differences between testing for blood alcohol content and THC.

The instruments used to do the testing are different, she said, adding, It takes longer to confirm the THC results. Alcohols are about a week. THC (takes) about a month.

Driving stoned is a serious public health issue that could become more dangerous as people are allowed to ingest cannabis recreationally. 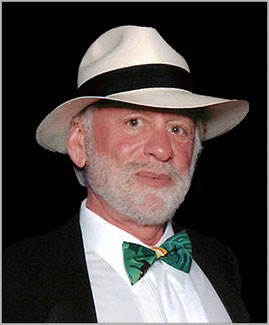 Boulder attorney Leonard Frieling who specializes in DUI cases, says current Colorado laws against driving while under the influence of drugs are just fine. He adds, however, the science around alcohol is better than what exists with marijuana.

For many people, said Frieling, who is also chair of the Colorado chapter of the National Organization for the Reform of Marijuana Laws (NORML), an hour after smoking they may not be high enough to be impaired. For others, it may be the opposite. They may test high even though they havent smoked for a long time.

The Colorado driving-stoned law is more lenient in one major aspect than in 16 states that use the per se method in testing to determine whether someone is driving while impaired by marijuana, according to a study done by NORML. The per se method presumes that anyone going over the THC limit is guilty. (It is in use in Washington, which also legalized marijuana for recreational use last November.)

According to Frieling, the Colorado law allows defendants who are charged with being over the limit to present a case in court that they were not impaired, even though they tested high. That brings up the issue of whether at this point the burden of proof shifts from the prosecutor to the defendant.

ChemaToxs Urfer points out, It should be noted that frequent use of THC does not make a person safe to drive. Frequent users do not develop full tolerance of the impairing effects of THC. THC impaired drivers often try to overcompensate for the impairment they are feeling. However, this overcompensation has little or no effect on impairment in unexpected situations or for complex tasks such as driving.

She also says there is no reason to mistrust the testing. The accuracy of the confirmation test is very high. When doing THC testing, most labs test the sample using two different scientific methods. This reduces the possibilities of inaccurate results.

Law enforcement not likely to change

As to how the law enforcement agencies deal with the new law, its a matter of waiting and seeing how things shake out. Will there be any changes in how enforcers determine that someone should be stopped? Trooper Nate Reid, a public information officer with the Colorado State Police, said, We havent gotten that far yet.

He said for the time being, everything is the same. Weve been testing (for driving while under the influence of drugs) forever. Nothing changes in how we get our information. He said troopers use the totality of circumstances for determining probable cause to arrest someone. Those circumstances include weaving or other obvious signs that someone is impaired.

The only thing that will change is the testing on the THC limit, Reid said. He said that troopers will undergo additional training in how to recognize the signs of driving stoned.

The Jefferson County Sheriffs Office doesnt expect the new law to change much either. Public information officer Mark Techmeyer said in an e-mail: We dont foresee much change in our current approach to enforcing driving under the influence of drugs.

We will continue to use indicators of drug use in the driving ability, and the behavior of the driver on contact, to aid the deputy to determine if they are using drugs . It is going to be pretty much standard operating procedure for us.

There is one more ambiguity in Colorados new marijuana laws the federal government. Because smoking and possession of marijuana is still against federal law, everyone is waiting to see how the feds will react to Colorados and other states more liberal pot laws.

So far, there has been nothing forthcoming from the U.S. Justice Department.