To call it a disease or not? That is the question.

Since leaders of the American Medical Association last week trumped advice from their own committee of experts and declared obesity a disease, speculation has been rife.

Will this be a game-changing decision? Or has the tree fallen in the forest and no one cares?

Will insurers now pay for obesity care and prevention? Will people carting around extra pounds be convinced to take meds just like those with high blood pressure? Will doctors start talking about obesity with those of us who are elephants in their exam rooms? Will anyone actually drop weight and keep it off?

And, as the skeptics love to ask, does mild obesity matter anyway? They point, for instance, to a recent study from the Journal of the American Medical Associationshowing that people who are classified as overweight or mildly obese actually have lower death rates than those who are skinny.

If obesity is a disease, then most of us have it, even in notoriously healthy Colorado. Here, fitness buffs love to brag that they get up earlier on weekends than workdays to conquer the next 14er or to intentionally shock themselves with mud, fire and high-voltage traps in the newest trend of obstacle course racing.

According to the most recent data, 27 percent of Colorado children ages 10 to 17 are either overweight or obese compared to 31.6 percent nationally.

James O. Hill of the Anschutz Health and Wellness Center thinks declaring obesity a disease will bring treatment to people who need it most.

Among adults, 56 percent of Coloradans are either overweight or obese compared to 63 percent of adults across the U.S.

James O. Hill, executive director of the Anschutz Health and Wellness Center and a tireless optimist dedicated to inspiring Americans to move more and eat less, understands the skepticism about declaring obesity to be a disease. Yes, we should take personal responsibility for our fat. Yes, we need to acknowledge our addictions to sodas, rich cheese, chocolate and super-sized steaks injected with extra butter. Even so, he thinks its a good idea to call obesity a disease.

The reason I like it is that I think it will lead to more reimbursement for obesity treatment, and that will allow people to take advantage of evidence-based treatments, says Hill.

Obesity rates are much higher among the poor and in communities of color, so the bottom line is that until public and private insurance companies cover obesity care, the people who most need help wont get it.

If people have to pay out of pocket, then we cant help the people we most want to reach, says Hill.

For instance, Hill said that Medicare has recently begun to pay for some seniors to see obesity doctors. But the government wont pay for visits with registered dieticians, which he says would make much more sense.

Its a foot in the door, so thats helpful, Hill says.

But he believes any successful weight-loss program must have a fitness component and group visits are extremely helpful.

I think there has to be a strong behavioral component focusing on both diet and physical activity. The most effective (interventions) are group-based and do not involve a physician, he said.

Trained dieticians are more affordable than doctors and can be more effective at helping patients.

Its also critical to give people support over the long term.

With as many as two-thirds of people failing to keep off weight that theyve lost, its clear that people need to change their lifestyles, not just go on a diet or succumb to surgery.

Effective anti-obesity treatments could also include reimbursements for gym memberships if people actually prove they work out, or school and workplace wellness programs that prevent obesity in the first place.

Hill predicts that the AMA decision will be influential and that insurance companies will now seek guidance on what works from leaders in research such as the U.S. Preventive Services Task Force,the Institute of Medicineand the Obesity Society.

What youll see is pressure on insurance companies that youve got to reimburse. And theyll say, OK. I need some clarity on what kinds of treatment have been shown to be effective, he said.

In my mind, I see obesity as an acquired disease. You dont have to become obese, but once you do, it is a true disease. Im OK with calling it a disease but still recognizing that there is some personal responsibility, Hill said.

By making it a disease, youre stigmatizing people. I understand all that. But in the end, its more positive than negative. We really need to get serious about this.

Encouraging doctors to talk about it

Bonnie Gance-Cleveland, an expert on child obesity and the Loretta Ford professor at the University of Colorado Anschutz Medical Campus, says research shows very few providers talk with their patients about the health risks of obesity.

Gance-Cleveland therefore thinks that labeling obesity as a disease could be quite beneficial in persuading providers that they must address the health effects of obesity. She sees a parallel with smoking. When medical providers started routinely talking about the health risks of smoking, tobacco use began declining. 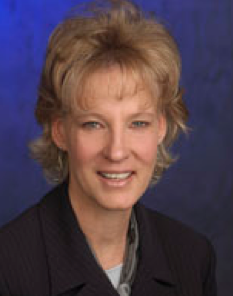 Bonnie Gance-Cleveland has served on national advisory committees to evaluate treatment for child obesity. She says most providers dont know how to talk about the health problems associated with obesity. Declaring it a disease will help them help patients and parents.

Discussing weight with parents can be delicate and difficult. But providers can learn to do it and its vital that they do, Gance-Cleveland says.

If we can communicate in a non-judgmental and responsible way about where the weight falls on the CDC growth charts and what this means in terms of risk factors for their child, we should be able to increase awareness that there are health risks when a child falls into those categories, she says.

In some ways, this pushes us to say, Yes, this is a disease and yes, I have to find sensitive, non-judgmental ways to talk about the health risks of their kid being in this category.

The bottom line, says Gance-Cleveland, is that having semantic discussions about definitions or trying to pin blame on people for eating too much or exercising too little doesnt solve the problem.

Every leading cause of death in our country could be reduced by behavioral changes whether were talking about heart disease, stroke, diabetes or cancer. Theres clear evidence that if we ate healthier diets and were more physically active, we could reduce our risks for all of these diseases, she said.

So to say its someones fault that they or their children are obese doesnt help reverse the reality.

Weve got to do something about this. Being judgmental and blaming people for having this condition doesnt change that were spending a huge amount of our GDP on obesity, she said. In my opinion, weve got to stop the finger-pointing and the name-calling and start solving the problem.