Sen. Irene Aguilar, D-Denver, withdrew her universal health care bill but has no intention of giving up the fight.

This is Step One, Aguilar said. This is going to be a long process.

Aguilar introduced a different measure calling for a study of universal care. That measure, SJR 13-021, passed the Senate and now moves to the House.

Aguilar has twice introduced measures into the Colorado Legislature both in 2010 and this year seeking universal health care only to face a buzz saw of opposition from health insurance and business lobbyists.

This year, Aguilar hoped to win support from at least one Republican colleague so that she could put an amendment to the Constitution before Colorado voters seeking universal care. 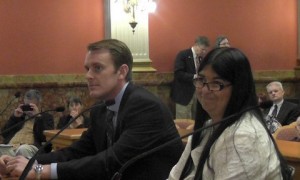 In exchange, all Coloradans would have received extensive health and dental coverage. They could have picked from networks of nonprofit health plans and providers.

Nonetheless, she plans to move forward in future years either in the legislature or through the ballot initiative process.

Aguilar believes that when consumers see the cost of health coverage under the Affordable Care Act, they will realize that the state could do better by removing the middle men for-profit insurance companies and paying for universal coverage instead.

She vowed to carefully watch and publicize health insurance rate increases so consumers know they could fare much better under universal care.

Businesses groups and Republican lawmakers contended that Aguilars proposal amounted to a government takeover of health care. They argued that Colorado is leading the way on implementation of the Affordable Care Act and should allow that process to work.

Augilar has been working with a group called Co-Operate Coloradothat has advocated for an owner-run cooperative in the mold of REI.

A separate group is advocating for a public universal health system that would bring Medicare-style health coverage to people of all ages. That group, Health Care for All Colorado, is already moving forward with plans for an initiative on Colorados ballot in either 2013 or 2014.

Among the advocates for that group is Nathan Wilkes, who is vice president for advocacy for the group. Wilkes is also a member of Colorados health exchange board.

The groups working title for its measure is Right to Health Care. Ultimately they will need to get approval for the language from the Secretary of State, then get as many as 100,000 signatures to get the measure on the ballot.

The measure would call for a public health insurance program for every resident of Colorado.

We see this primarily as a human rights issue. Even with full implementation of the Affordable Care Act in Colorado, you are still going to have several hundred thousand people who wont have health insurance. And there will be at least that many who are underinsured, said Wilkes, who has been working with Health Care for All Colorado since 2007 and is a volunteer vice president for advocay. 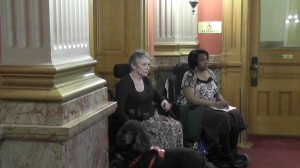 Wilkes became an activist on health policy issues by necessity after his young son, Thomas, was born with severe hemophilia. The cost for Thomas care routinely exceeded caps that health insurance companies set.

Wilkes thinks universal coverage will do far more for people than the Affordable Care Act alone. And he says moving forward on two tracks makes sense.

Reforming our health care system is going to take several years. We have to start somewhere. By tackling the human rights component, we will also serve a huge part of the financial component. Health care costs arent going down. We need to capture the waste thats in the system and use it for health care, Wilkes said.

The Colorado health exchange is spending tens of millions of dollars to set up a system so consumers can shop for and buy private health insurance.

Wilkes said if Colorado moves toward a public health insurance system, the exchange technology would not be wasted.

That part of the exchange technology would be unnecessary.

But certainly we could use or reuse the exchange technology, not so much in selecting plans, but in selecting doctors or looking up information about providers, he said. You want to use the technology investments where you can.