Colorados health exchange is supposed to debut in just six months, but having the technology ready by Oct. 1 may be an impossible task.

Critical problems threaten the system, ranging from a lack of coordination with the states technology office and historic problems with state IT systems to poor oversight by exchange managers and contractors and the potential for serious conflicts of interest among those charged with creating the complex multi-million dollar exchange system.

Among the challenges are:

Billions of dollars are out there for exchange development and youre having all sorts of technology vendors come out of the woodwork and say they can build an exchange, said Dan Schuyler, who specializes in IT analysis. He is a director for Leavitt Partners, consultants based in Washington, D.C., and Salt Lake City, who are advising states and health businesses on exchanges. A majority of these companies really produce vaporware.

CGI is a very capable vendor. Its not the issue of capability, said Schuyler who is not consulting for CGI or the federal hub manager, QSSI. Timing is really the factor and the complexity of these projects.

Exchanges are supposed to be robust, real-time online health insurance marketplaces that can channel customers to an array of private insurance offerings, or if they qualify, automatically enroll them in public insurance programs.

Dan Schuyler, an IT consultant for health exchanges, says many states are buying vaporware, tantalizingly good software that isnt built yet and may never work. Whats more, he says the federal data hub is only 40 percent complete.

A portal can be up in 90 to 120 days, he said. But that doesnt include integrationThe biggest lift (for exchanges) is the integration with Medicaid. And the federal hub is only 40 percent complete.

The federal data services hub must connect the IRS, Social Security, Homeland Security and the U.S. Department of Health and Human Services. The hub is supposed to produce real-time data for exchanges on everything from citizenship to income verification so states can determine if consumers are eligible for Medicaid or tax credits.

Schuyler said Colorado is not alone in having had problems with old systems like CBMS. And state managers in their most recent report to the legislature said they are well on their way to resolving problems with CBMS. But, Schuyler said hes never heard of another state where technology experts, like those at Colorados OIT, are barred from helping get exchange technology up and running.

Thats definitely unique. Most of the time, you want to encourage collaboration through the platforms. You want folks to collaborate openly and effectively with Medicaid being able to collaborate with the exchange and vice versa, he said. I havent heard of legislation (in other states) forbidding that. My suggestion and recommendation to any state is that the IT platforms and vendors should be allowed to collaborate effectively with each other if you want these IT systems to work. 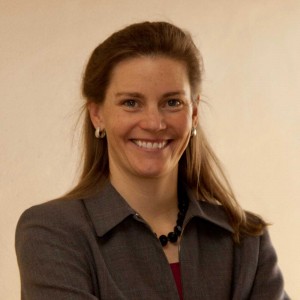 Gretchen Hammer, chair of the board of the Colorado health exchange, expects the technology to work by October 1 when Colorados health insurance marketplace is slated to open to the public.

Gretchen Hammer, chair of the board of the Colorado exchange, expects the technology to be working as planned by Oct. 1.

The reports we have received regularly in our board meetings through technology updates have shown that we are on track. Its a very tight time schedule. There are areas where there are things that need to fall into place, Hammer said.

We believe we have robust oversight and expertise through the exchange governance structure and with the consultants weve hired. We feel like we are adequately staffed, she said.

Despite confidence from exchange managers that the project is on track, the initial First Data analysis found multiple problems including:

There is time to remedy these situations with timely corrective actions, but these issues need to be addressed immediately, the First Data analysis warned.

Meanwhile, lawyers with the Colorado Center for Law and Policy, the group that sued the state over the poor performance at CBMS and won a settlement, said coordination between the exchange and Colorados Medicaid programs is critical and promises to be complex.

Beginning in 2014, health coverage systems in Colorado must implement a so-called no wrong door approach, which means that regardless of whether an individual or family applies for coverage through the health exchange or Medicaid, they will be directed to the program that is appropriate for them, said George Lyford, health care attorney for CCLP.

The state exchanges need to be able to talk to the state Medicaid systems. The ACA (Affordable Care Act) requires that. In many states, for a variety of reasons, these systems dont talk very well with each other. Its like one speaks German. The other speaks Spanish and neither can hear well. Dan Schuyler, IT consultant.

Because these systems in Colorado are required to be independent from each other in large part, it still remains a question exactly how and to what extent these systems will interface, Lyford said.

Elisabeth Arenales, a lawyer and director of health programs for CCLP, said snafus are inevitable and that exchange managers must plan now for how to handle them.

Any rollout of a large new system is going to have problems. The question is whether the state and the exchange develop good failsafe mechanisms so that people can navigate the inevitable glitches, Arenales said.

She said managers should focus on beefing up call center capacity, boosting the number of places where people can figure out if theyre eligible for Medicaid, ensuring there are enough well-trained navigators and setting up systems for appeals.

Hammer, the exchanges board director, said she could not speak for fellow board members on progress in turning around CBMS. She also said exchange managers have not briefed the board on the status of the federal data services hub.

Schuyler, the IT analyst with Leavitt Partners, said old legacy systems like CBMS could trip up several states.

The state exchanges need to be able to talk to the state Medicaid systems. The ACA (Affordable Care Act) requires that, he said. In many states, for a variety of reasons, these systems dont talk very well with each other. Its like one speaks German. The other speaks Spanish and neither can hear well.