Health insurance companies in Colorado can no longer discriminate against people who are gay, lesbian, bisexual or transgender.

Colorado is the third state to prohibit discrimination in health coverage. California and Oregon have barred the practice along with the District of Columbia. The federal Affordable Care Act calls for equity in LGBT health care, but very few states have taken action thus far to codify these rights.

It states that health plans in Colorado can no longer:

This is a huge victory to ensure that everybody gets the care they need when they need it. Nobody should be denied services based on who they are, said Dede de Percin, executive director for the Colorado Consumer Health Initiative. 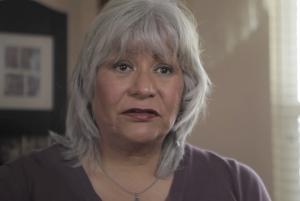 Nicole Garcia is a transgender patient in Colorado. She could benefit from the new prohibition on discrimination against LGBT patients in Colorado. Photo courtesy of One Colorado.

The group worked with LGBT activists at One Colorado and policymakers at Colorados Division of Insurance to negotiate the new guidelines.

She expects the new policy to immediately invalidate insurance plans that contain discriminatory language. For instance, she said a transgender person in Colorado was denied coverage for a broken arm because that person was taking hormones. The patients insurance company determined that the hormones weaken bones and claimed that treatment of the broken arm would therefore not be covered.

Many insurers including our own plan (at CCHI) have broad exclusions that say anything related to being transgender can be used to exclude coverage, de Percin said.

She also had to intervene for a patient who identifies as male, but still needs annual pap smears and gynecological exams. The patient was afraid to change the gender marker at his providers office from female to male for fear that the insurance company would no longer cover annual gynecological exams. De Percin went directly to the insurance company to get permission for the patient, but said there was still a kerfuffle on the billing.

From now on, patients should not have to fight for coverage or procedures that their plans cover for other patients.

LGBT advocates started talking with Colorado regulators last summer, making the argument that discrimination is illegal under both state and federal law. In a timely coincidence, the new ruling emerged this week as the U.S. is marking LGBT Health Awareness Week.

U.S. Health and Human Services Secretary Kathleen Sebelius released a statement today saying that HHS has been fighting to ensure that LGBT people get the same rights and protections as other Americans.

For example, we have released rules requiring Medicare- and Medicaid-participating hospitals to allow visitation rights for same-sex partners. This means LGBT Americans now have the same opportunities as other Americans to be with their families and loved ones when they are sick, Sebelius said.

She said LGBT people continue to experience disparities in health coverage and are more likely to be uninsured and underinsured. (Click here to read a story about how older LGBT patients struggle to get health care in Colorado.)

De Percin said the timing of the new policies in Colorado is also vital because health insurance companies are now in the process of finalizing plans they wish to sell on Colorados health exchange. The companies must submit products for inclusion on the exchange by April 30.

Its serendipitous timing, de Percin said. Its really about basic fairness and getting the care you need.