Opinion: Expansion of Medicaid a boon for low-income baby boomers 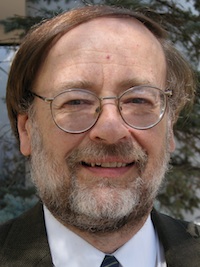 The expansion of Medicaid eligibility under the Affordable Care Act will help thousands of Colorado families who lack insurance. Youve probably heard that.

What you might not have heard is that the expansion will greatly benefit a large number of Colorados aging baby boomers. These are low-income residents between the ages of 50 and 64 who may be in great need of health care coverage but often are not be able to afford it.

Senate Bill 200, which recently passed in the Colorado Senates Health and Human Services Committee by a bipartisan vote of 5-2, is the legislation that will enact the expansion of Medicaid as part of the Affordable Care Act (ACA).

Under the ACA, any individual up to the age of 65 with an annual income of less than 138 percent of the federal poverty level (in 2013, $15,856 for an individual or $21,403 for a couple) would be presumed to be eligible for enrollment in Medicaid without having to wait for an application to be approved.

Estimates vary on the number of Coloradans eligible under the expansion. A report from the Colorado Health Institute projects that as many as 240,000 residents would gain coverage by 2022. The state Department of Health Care Policy and Financing (which oversees Medicaid in Colorado) projects that as many as 271,000 resident could be enrolled by 2022.

By any estimate, Colorados aging population represents a significant portion of those who would gain coverage. As of 2011, 138,619 Coloradans between 50 and 64 were uninsured. This group represents 19 percent of the states overall uninsured population and 13 percent of that age group. Nationally, in 2010, 33 percent of this population was Hispanic and 20 percent was African-American.

This is a population that needs health insurance coverage. As of 2009, 17 percent of the 50+ population in Colorado was in poor to fair health, 41 percent had high blood pressure, almost 61 percent was obese, 11 percent had diabetes, almost 13 percent smoked tobacco and almost 10 percent had poor mental health.

The expansion of Medicaid eligibility under the ACA may represent the best practical opportunity for this uninsured population to gain coverage and therefore access to regular health care. The expansion could include as many as 46,126 uninsured Coloradans aged 50 to 64 and will certainly help to address the health risks and the accompanying financial burden that confront them.

Nationally, 64 percent of Americans 50 to 64 who do not have employer-sponsored health insurance coverage earn less than $20,000 per year. For them, private insurance coverage is not a real option. In 2009, the average annual premium for that age group ranged from $4,127 to $5,755 for individual coverage through the private insurance market. For a person with an annual income of less than $15,856 (138% of the federal poverty level in 2013), premium costs alone, without other out-of-pocket costs like co-pays and deductibles, would represent 27 to 37 percent of total gross income.

When co-pays and deductibles are included, total out-of-pocket costs could be as high as $8,834 per year, or almost 58 percent of annual gross income. If these costs had to be paid out of pocket, most of these people would remain uninsured. Without Medicaid coverage, they would likely be dependent upon emergency-room care, and the cost of any uncompensated care would continue to be passed on to consumers and businesses in the form of higher premiums.

Even before the expansion of Medicaid eligibility under the ACA, there were a number of initiatives to assist this population. Under Colorados Health Care Affordability Act of 2009, the so-called hospital provider fee, Medicaid eligibility was expanded to all adults without dependent children that had incomes under 100 percent of the federal poverty level (in 2013, $11,490 for an individual). As of August 2012, 9,652 adults without dependent children joined 38,961 parents, 13,731 children and 338 people with disabilities in enrolling in Medicaid or CHP+. While this represents progress and greater security for many, it also underscores the need for expanded eligibility.

In addition, under the Affordable Care Act, beginning in 2014, people with annual incomes between 100 percent and 400 percent of the federal poverty level could receive subsidies in the form of tax credits to help pay premiums for private insurance through Colorados new health insurance exchange. For low-income 50- to 64-year-olds with incomes under 138 percent of the federal poverty level, tax-credit subsidies may prove to be more costly for the federal budget than enrolling this population in Medicaid.