The debate over whats to blame for gun violence easy access to guns or lack of access to mental health care ensued in earnest Tuesday night, with intense partisans from both sides in the audience erupting in applause frequently throughout a forum in Denver.

Its unlikely that many minds were changed by the time the 90-minute standoff ended in what appeared to be a draw. But the debate highlighted the heated controversy that is being played out across the country as states and the federal government consider gun control bills and mental health care measures in the wake of the slaughter of 20 children and six adults in December at an elementary school in Newtown, Conn.

The real thread that runs through mass murder in this country is not the particular type of gun or magazine thats used but mental illness, said David Kopel, research director at the Independence Institute and adjunct professor at the University of Denvers Sturm College of Law. 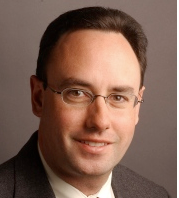 He said overwhelmingly mass murders are committed by young men suffering from schizophrenia who are dangerously mentally ill.

States with weak involuntary civil commitment laws experience higher rates of violence, he said. This is something that is long overdue to start addressing.

Weld County District Attorney Ken Buck agreed. We need to deal with the twisted minds who commit these crimes and not the twisted metal that is used, he said.

But the rest of the world is just as mentally ill as we are here, he said, and they dont have the level of gun violence that we have because we do make it so easy to get guns. We have to address this both ways.

State Rep. Rhonda Fields, D-Aurora, said she was pleased to hear the governor call for more funding for mental health care in his state of the state address, but cautioned that its real important that we dont demonize people who have a mental illness.

Gov. John Hickenlooper, who moderated the discussion, challenged that point.

Criminals are often stupid, he said. Maybe the system of background checks doesnt catch all the crooks, but it does catch the dumb ones.

Tom Deland, president of the Colorado Association of Chiefs of Police, said, It makes sense to whatever level we can to keep guns out of the hands of people who shouldnt have them.

U.S. Rep. Doug Lamborn, R-Colorado Springs, said that its clear background checks dont work because the alleged shooters in Aurora and Tucson passed background checks as they assembled their arsenals, and the Sandy Hook School shooter avoided the system by killing his mother and stealing weapons from her home.

Fields sharply disagreed, pointing out that in Colorado in one month alone close to 1,000 people were denied access to guns because they were identified in background checks as convicted felons, mentally ill or under restraining orders in domestic violence situations. We know that background checks do work.

For his part, Hickenlooper, has called on leaders to do more to prevent gun violence. He has said he supports limiting gun magazines to 15 rounds and charging gun buyers for their background checks. But he has not declared whether hell support all the gun control measures now under consideration in the Legislature. On Tuesday evening, he tried to straddle the divide between the two sides represented by the participants.

We are in a different place in the West, he said. Our heritage of guns is rich . Over a third of Coloradans own at least one gun and two of the worst shootings in history took place in Colorado.

The same challenge is being faced by Congress and other states, he said, how do we respect the rights of law-abiding citizens to own their firearms while at the same time maintaining the safety of our communities.

Because of the horrific nature of those shootings it puts Colorado at the front of the debate.

An estimated 1,000 people attended the event at the Seawell Ballroom, which was sponsored by the Counterterrorism Education Learning Lab.