HIV cases down, risky behavior up

AIDS killed scores of David Lipsons close friends, an adored partner and even his own brother.

One of the first men in the nation to be tested for HIV back in 1984, David Lipson received the same terrible test results that ensnared so many of his friends. Then 26 and living in Los Angeles, Lipson learned he was HIV positive and his doctor told him he would die within two years. 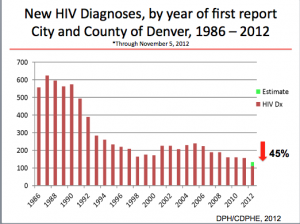 Instead of succumbing to death, the stubbornly positive Lipson made a conscious decision to live. Once a performer with the infectiously optimistic motivational entertainment group, Up With People, Lipson embraced positive people, a healthy diet and lifestyle, and extracted every ounce of joy from his life.

Today, the Denver native, former professional drummer and record label owner is like an ambassador from another era when AIDS emerged as a modern plague that killed all in its path, especially young gay men like Lipson.

Now, 54, alive and well against all odds, Lipson works for Denver Health and helps with outreach programs to prevent new HIV infection. On the one hand, the news is good. After reaching a peak in 1987 of 624 new cases, Denver will finish this year with far fewer new reports of HIV infection: about 133 for 2012.

Told he was going to die when he contracted HIV in the 1980s, David Lipson chose to live. Lipson, rowing in the right front of a raft, enjoyed a recent family reunion in Glenwood Springs. Lipson now works at Denver Health where he tries to reduce new cases of HIV infection.

At the same time, Lipson and Dr. Mark Thrun, director of HIV and STD prevention for Denver Health, have seen a new blas attitude among young people about safe sex.

Lipson said theres a bizarre trend among young men here who think its hot to have sex with a man who is already HIV-positive.

There are many people who forgot or dont know what it was like back in the day, he said. There were so many lives sacrificed. People today dont get that. They dont see that. Some young people want to have unsafe sex.

As people around the globe commemorate World AIDS Day on Dec. 1, Lipson wants young people to know the importance of getting tested, that we are enormously lucky that HIV is no longer a death sentence and that many people suffered before HIV became a manageable chronic condition instead of a horrifying slow-motion killer.

Lipson said he is the only survivor among his close circle of friends from the 1980s. 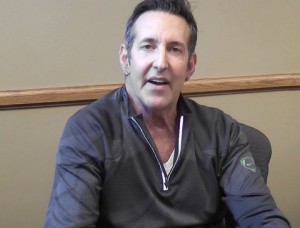 Like an ambassador from another era, David Lipson remembers when AIDS was a plague that killed all in its path, especially young gay men like him. His brother and at least 30 people in his close circle died of AIDS and he knew at least 100 people who lost their lives to the disease.

All of our friends were dying off in hospitals. There would be two and three floors full of people dying, he said.

His older brother died in 1993 after enduring torturous AIDS-related illnesses, including painful welts on his face. Lipsons partner, Wayne, died in 1994. The two were able to take dream trips to Venice, Paris and London, but Lipson then had to watch as his partners brain deteriorated before his death.

Its a lot of loss, he said. It was a dark, dark period in my life.

When asked why he, alone, survived, Lipson focuses on his choices.

I made the decision to live every day and find joy and humor. Its important to laugh every day and be in good relationships, he said. I decided I was not going to live in the disease. I called it a healthy denial. Ill go to the doctors. Ill do my blood work. Ill live a healthy life.

My basic thing is that I love everyone. I think being kind and loving to everyone is essential, not having discord in your life, making your life joyful, getting excited over little things. Dr. Mark Thrun, director of HIV and STD prevention and control for Denver Health, says testing and treatment have cut new cases of HIV infection. But he says some young gay men are putting themselves at risk by engaging in unsafe sex.

Lipson remembers being very afraid to get tested. He believes he may have been infected with HIV as long ago as 1980. There was no test until 1984. For a while, he put off getting the test, but became so ill with nausea and flu-like symptoms that he finally went to see a doctor. The results came back. The good news: he felt terrible because he had giardia, an intestinal parasite. The bad news: he had HIV.

One of Lipsons missions is to urge people to get tested even if theyre afraid of the results, like he was.

I would like to work toward getting rid of the stigma that people have to fear HIV. There are millions of people who wont get tested, he said.

Yet, there is more to fear in not knowing.

Our medical people are amazing. I want people to test, then if theyre positive, get treatment. This is something we can live with.

Dr. Thrun said public health experts are getting better both at treating HIV and targeting people who should be tested.

Home tests are now available over the counter at Walgreens for just $49. Thats still a high price for many young and low-income people, but a simple saliva swab gives a result like a pregnancy test in just 20 minutes.

Thrum said more doctors are beginning to recommend that all adults get tested for HIV. And people in high-risk groups need to be tested at least once a year.

The revolutionary changes in medicine came in 1995 and 96, Thrun said. Over the past half-dozen years, weve tried to be more thoughtful about HIV prevention. Weve really tried to target those people who are at greatest risk: gay men, blacks and Latinos.

In Colorado, 84 percent of new HIV infections emerge among men. 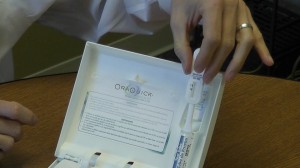 Public health workers sometimes offer testing where young men are: in bars, in private or in easy-to-access clinics, for instance.

Once people get tested, we make sure they get into care, stay in their care, get on meds and stay on meds, Thrun said.

Weve been very intentional about focusing our efforts and it has worked, Thrun said. We wont see HIV go away completely. Weve still got a ways to go.

But, said Thrun, testing, prevention and continual education about safer sex can change behavior and