Policy makers who want to simultaneously boost high school graduation rates and reverse health epidemics from diabetes to obesity should focus intently on helping the youngest children and their families, according to one of the nations leading experts on early child development.

Dr. Jack P. Shonkoff, director of Harvard Universitys Center on the Developing Childmet with Colorado policymakers on Thursday and spoke to childrens advocates at the annual luncheon for the Colorado Childrens Campaign.

His message was clear. Intervene early. Intervene now. And pool your resources.

The revolution in brain science has now proven that trauma suffered early in life ranging from the stresses of poverty to abuse or a depressed parent can cause brain connections to atrophy and change body systems that trigger much higher rates of illness later in life.

We have known for a long time that people who experience significant adversity get sick more, Shonkoff said.

At the same time, brain connections that begin to form in the first months of life are critical. Young children who are exposed to lots of loving chatter will experience an explosion of language skills as toddlers. Without early stimulation, the architecture of the young brain wont develop in the same way and will provide a much poorer foundation for the future ability to learn.

Shonkoff said early experience is the smoking gun for both education success and long-term health. 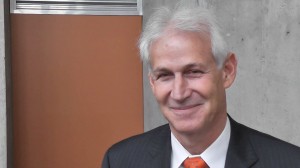 Dr. Jack Shonkoff, director of Harvard Universitys Center on the Developing Child, says the nature vs. nurture debate is over. Genes matter and early childhood experiences, both good and bad, change childrens brains and their bodies.

Things that happen early in life leave biological memories on your body. Bodies are physically marked, he said.

Whats new is this revolution in biology. Its helping us understand how this happens.

Shonkoff praised Colorado for its newly created Office of Early Childhood, which houses multiple government programs aimed at young children under one roof.

But that is not enough, Shonkoff said.

Colorado and other states should push further and blend all their efforts targeting young children and families. The same troubled families are intersecting with multiple government agencies ranging from welfare to housing and public health programs. Policymakers could save money by using identical interventions that will produce better results for children and families across the board.

Science is offering to help us out, Shonkoff said. Dont just focus on interagency agreements. The unified science of early childhood health and development could be the basis of everybody feeding off the same science.

The beauty of this is that its the same science for education and health, for learning and mental health. Its the science of how experience gets into your body, and how it affects your brain, Shonkoff said.

The frontier in early childhood work, Shonkoff said, is to provide practical and targeted help for families. His center is working to connect scientists with policymakers on the ground so cutting-edge research can translate into immediate, fast-tracked policy changes.

For instance, if a mother is depressed, telling her to read to her child wont work. She needs treatment for depression that will then enable her to provide greater stimulation to her child. Some parents and many low-paid day care workers, who themselves suffered a lack of stimulation in childhood, dont know how to create an enriched environment for children. Shonkoff said its critical to strengthen parents and caregivers.

This is not taking the place of families. This is not government raising families. Were helping to strengthen families, he said.

This is a shift in the field. Its just starting. Its coming from this scientific understanding that excessive stress disrupts brain circuitry. How do we stop that? Shonkoff said. And while were working to eliminate poverty and violence, we could be building the capacity of adults to help buffer kids.

Children can be resilient. Shonkoff said decades and decades of research have found that even in the worst environments war zones or concentration camps for instance some people can survive and thrive.

But one common factor is key, Shonkoff said.

Any time you see resilient outcomes, there was at least on supportive relationship. Kids dont become resilient alone.

They need someone to teach them coping skills, a trusted ally who can give them a sense of safety, security and hope.

Adults have this capacity. Its coachable and teachable, Shonkoff said. In order to promote better outcomes for kids, we need to do more than give parents information.We have to build skills in parents and child care providers.

Once upon a time, scientists spent countless hours tangling over whether genes or experience determined fate.

Nature vs. nurture is a dead issue in science, Shonkoff said. We used to think everything was programmed in genes.

But now that scientists have been able to map genomes and the field of epigenetics is growing, its clear that genes are working in different ways.

In other words, both nature and nurture have profound impacts on child development. And while scientists and policymakers cant change the genetic cards children receive, they can try to prevent or counteract negative experiences.

If were really serious, we should go back to the beginning.