GREENWOOD VILLAGE Infant formula should be tracked and locked at all hospitals just like other supplies and pharmaceuticals, experts said Tuesday during the first-ever Colorado Hospital Breastfeeding Summit.

Studies in Colorado have found that nine of 10 mothers want to breastfeed their babies, and unnecessary use of infant formula in the early hours and days of newborns lives can derail mothers plans, according to breastfeeding expert and parenting author, Dr. Marianne Neifert, also known as Dr. Mom.

In New York, Mayor Michael Bloomberg is fighting obesity by limiting soda serving sizes and calling for formula to be locked up at New York hospitals.

Im a little dumbfounded that this is even an issue. Its standard operating procedurenot a punishment, said Trish MacEnroe, executive director for Baby-Friendly USA. The national group is helping U.S. hospitals implement recommendations from the World Health Organization and the United Nations Childrens Fund to achieve the highest level of certification to support breastfeeding.

MacEnroe said hospitals routinely lock up supplies, and infant formula should be no different.

But, hospital representatives at the Colorado summit acknowledged that few hospitals here track formula since they dont pay for it. Many Colorado hospitals still send new mothers home with swag bags full of formula samples, coupons and gifts. Doctors attending the conference said formula companies are also spending millions of dollars to market directly to mothers through social media and by sending large canisters of formula directly to new mothers homes. 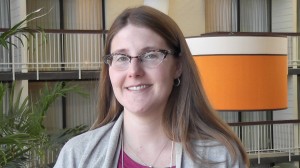 Dr. Jennifer Hyer, an OBGYN doctor at Denver Health, received multiple shipments of infant formula at her home. She didnt use it, but felt the marketing could disrupt breastfeeding for struggling new mothers.

Dr. Jennifer Hyer, an obstetrician who works in clinics and the hospital at Denver Health, said she received multiple shipments of formula at her home after delivering her daughter a year and a half ago.

Breastfeeding wasnt easy for me. I was so committed to nursing and not using formula, but then it would come in the mail. Theres a part of you that thinks, I could give her this and then we could both take a long nap, Hyer said. Youre home alone. You havent showered. The babys crying. And you get this can of magic powder.

Hyer now counsels patients and friends about the importance of getting support immediately in the hospital. In the first week before her own milk fully came in, Hyer was able to supplement her daughter with donated human milk. Some hospitals are now purchasing human milk and when mothers are struggling with breastfeeding, they offer human milk before formula.

At Memorial Hospital in Colorado Springs, Dr. Mark Duster says formula still sits in storage areas and is not locked up.

Its not like trying to get aspirin or Tylenol. You dont have to sign out for it, said Duster, who is medical director at the Memorial Hospital for Children and a pediatric cardiologist.

Memorial will be changing that policy in the next several months. All hospitals certified as Baby-Friendly must sever all marketing ties with infant formula companies and purchase, lock, track and distribute formula only with a prescription from a physician.

Memorial Hospital is on a fast track to achieve full Baby-Friendly status thanks to a new grant from the Centers for Disease Control and Prevention. Memorial was the only Colorado hospital in the country picked for the program. Duster said he believes Memorial was selected for the grant because it has a high percentage of low-income patients and have been doing a poor job of helping them get started with breastfeeding.

Duster said Memorial Hospital no longer sends mothers home with formula goody bags. As part of the Baby-Friendly CDC program, about 40 hospital leaders meet weekly to review and change their policies. They will eventually purchase and lock all formula. But truly promoting breastfeeding is much more complex, said Duster.

Formula companies used to supply measuring tapes, charts for recording infant growth and even all the little tags that say Its a boy or Its a girl. Memorial no longer has any of those items, but formula companies still supply all the bottle nipples.

Its been difficult for us to wean ourselves and to remove subtle commercial advertising from our institution, Duster said. Weve removed from our hospital everything that has an identifier of a commercial interest with the exception of the nipples.

Duster said the scientific evidence is clear that breastfeeding should be viewed as a public health issue and that hospitals should help their patients succeed.

Unfettered marketing of formula both in hospitals and directly to mothers can interfere with success for mothers who are able to breastfeed.

The appearance of impropriety is just as problematic as actual impropriety. To the extent that hospitals are participating in the marketing of any pharmaceutical product, it presents a conflict of interest, Duster said.

Change is extremely painful. Nurses and exhausted mothers want to be able to quiet crying babies with a quick bottle. And many colleagues view breastfeeding as a trend, not a public health issue, Duster said.

Its a tremendous culture change and were on a journey, said Duster. The intensive effort should result in full certification for Memorial within two years.

In Colorado, so far only three hospitals have achieved theBaby-Friendly designation. The first was Exempla Good Samaritan Medical Center in Lafayette. The other two are Medical Center of the Rockies in Loveland and Poudre Valley Hospital in Fort Collins.

Dr. Marianne Neifert, also known as Dr. Mom, says hospital policies are critical to helping mothers succeed at breastfeeding. She says the effort to have hospitals fully certified as Baby-Friendly facilities is on the verge of becoming a megatrend.

About a half-dozen others are working on certification, while 33 Colorado hospitals now comply with Colorados Can Do 5! program. Viewed as a step on the way to achieving full Baby-Friendly status, the Can Do hospitals pledge to help mothers breastfeed in the first hour, give newborns only breast milk, keep babies with their mothers, eliminate pacifiers and give mothers follow-up contact information for outpatient breastfeeding support.

Colorado recently earned kudos for being No. 1 in the nation for the number of women who follow recommended guidelines and exclusively breastfeed their babies for six months. But, state health officials want even more babies to breastfeed.

Colorados chief medical officer says he puts in a plug for breastfeeding everywhere he goes.

Breastfeeding is great, said Dr. Chris Urbina, executive director of the Colorado Department of Public Health and Environment, as he opened the summit to help Colorado hospital providers learn the best practices for supporting breastfeeding mothers.

Urbina says that while Colorado is the leanest state for adults, we dont have much to brag about.

Were getting tired of hearing that because were actually getting heavier as we move forward, he said.

One in seven Colorado children and one in five adults are now obese and the outlook is grim.

Colorado now ranks 29th in the country for child obesity and a new report released this week from the Trust for Americas Health and the Robert Wood Johnson Foundation has found that nearly half of Colorado adults could be obese by 2030.

Urbina said breastfeeding benefits both infants and their mothers.

We know breastfeeding can help prevent childhood obesity and reduce the risk of many childhood illnesses, Urbina said. The majority of new mothers want to breastfeed, and these hospitals play a vital role in giving babies a healthy start. 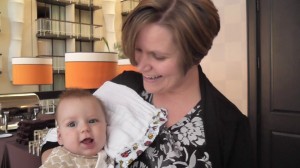 Mandy succeeded at breastfeeding her son Colin, now 4 months. She struggled at first and wishes she had spent more time with a lactation consultant earlier at the hospital.

-The Medical Center of Aurora

-Medical Center of the Rockies