When the Colorado Springs City Council voted 9 to 0 last weekto endorse a proposed lease agreement between the University of Colorado Hospital and city-owned Memorial Health System, it moved the Rocky Mountain region one step closer to a tectonic change in the landscape of health care.

If Colorado Springs voters approve the plan, the University of Colorado Hospital (which is affiliated with the university, but is an independent legal and financial entity) will assume administration of the nonprofit Memorial Hospital.

That would be one more step in the long-term drive to expand the University of Colorado Hospital into a statewide nonprofit health care and education network.

Its a very compelling, strong bid, said Phil Lane, chair of the Regional Leadership Forum in Colorado Springs and a member of the task force convened to study the future of Memorial Hospital.

The University Hospital bid was one of several submitted to the city. Others came from Centura Health, HCA-HealthOne, and the Sisters of Charity of Leavenworth Health System.

Every bidder had a fair opportunity to put his best foot forward, said Lane. They all were very strong bids. But we felt the University of Colorado Hospitals bid was the most compelling.

In addition to the financial compensation to the city that was part of every proposal, the University Hospital bid includes a plan to establish a branch campus of the CU School of Medicine at the University of Colorado Colorado Springs. If it comes to pass, it will represent the first stage of a four-decade effort on the part of Richard Krugman, dean of the CU School of Medicine, to expand the reach of the med school beyond its Denver location.

As long as Ive been here, which is 43 years, the School of Medicine has had a responsibility and a mission to deal with the health care needs of all of Colorado, said Krugman. For about 30 years as Ive traveled around Colorado, Ive been saying, if we have Colorado in our name, it should refer to the state, not the boulevard.

For most of Krugmans tenure, the CU School of Medicine was the only medical school for 500 miles, he said. We started thinking that there are better ways to do what were doing. Placing advanced students in clinical rotations and ultimately developing branch campuses around the state has been a goal of the school for years.

It includes an initial lease payment of $74 million, a $5.6 million annual payment for 30 years, a $1.12 billion capital commitment over the lease period, $3 million per year to establish the branch campus of the medical school at UCCS, and a profit-sharing plan projected to produce $2.5 million in revenues per year for the city. The bid also calls for University Hospital administrators to develop strategies to deal with the pension liability of the hospital, including possibly allowing some employees to remain in the Public Employees Retirement Association.

The community also is eager to capitalize on perceived economic development opportunities from the University Hospital/School of Medicine proposal. A recent story in the Colorado Springs Gazettedetailed the impact of development of the Anschutz Medical Campus on the surrounding area, citing a figure of $4.6 billion so far.

Lane said Memorial Hospital has not kicked out a lot of money to the city over the years, and that the University Hospital bid is an improvement over the current financial situation.

Despite that, he said, In any deal you get certain things and you give certain things. There is an understanding and recognition of that.

In return for the financial compensation, the city will relinquish some control over what happens at the hospital, he said. Still, with the University of Colorado Hospital proposal, there will be a significant amount of decision-making that remains in Colorado Springs. I feel like its a fair trade-off.

Lane said the city hopes ultimately to have a full-fledged adjunct campus of the medical school with full-blown residency programs.

The benefits to the community would be far reaching, he said. Physicians often choose to practice where they do their residencies, which translates into a good, steady stream of physicians for the region, more young professionals in the community and an opportunity for enhanced research dollars and programs in Colorado Springs.

Also, since the Beth-El College of Nursing and Health Sciences is strong and has a long history with Memorial Hospital, it is expected to expand and thrive in association with the CU School of Medicine.

Krugman said the School of Medicine already has about 500 short-term medical student rotations all across the state.

These are two-, four-, six- and eight-week blocks in hospitals and medical practices. A branch campus in the Springs would allow students to do most or all of their clinical rotations there not just the short-term rotations.

This would create more opportunities for residencies over time, which is one factor that has inhibited the ability of the med school to expand enrollment and meet the need for more health care workers in the future.

If all goes extremely well, Krugman said, the first students to be ready to do their clinical work in the Springs would be the class entering the medical school in 2013. That means they would begin their clinical rotations there in the spring of 2015. 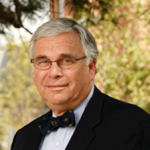 Enrollment at the med school would not increase significantly until the branch campus is fully accredited, Krugman said.

While the City Councils unanimous approval is important, the plan is a long way from implementation.

If everything goes amazingly smoothly, if through the magic of spasms of political collaboration this doesnt become a polarized, political football in Colorado Springs, and if negotiations between University Hospital and the city go well and they agree on a lease that everyone is willing to accept, and it goes to a vote of the people and nobody tries to suborn that by saying, Just say no, which is one of our favorite things to do now, the $3 million could arrive at the School of Medicine this summer.

That would allow the school to begin the process of organizing the faculty and programs so that current students could begin test-driving small-scale rotations in Colorado Springs.

We offer a vision for developing a strategic statewide partnership that will transform health care delivery, proactively respond to environmental changes and provide long-term benefits to our local communities, the state and all Coloradans, the bid says.

While the partnership allows for close collaboration, all the hospitals will maintain their separate boards and administrations. Economies of scale are anticipated, however.

Scale matters in this business these days, said Lane. At a minimum, a combined entity of significant more scale can hopefully reduce costs to businesses, individuals and the citizens in our region.

Krugman said having the branch campus of the medical school in Colorado Springs (or anyplace else in the state that a branch might be created) improves the quality of health care for that region.

The best way (for a provider) to be sure to be up to date in health care practice is to have a student with you, he said. Students bring the latest developments in health care to a practice and often challenge physicians to consider new approaches to medical care.

Ultimately, once the branch campus is accredited, an additional 24 to 48 medical students could be enrolled in the CU School of Medicine, which has grown from enrollment of 132 students a few years ago to 160 students today.

Support for the branch campus would come from the $3 million per year allotment from the Memorial Hospital revenues, tuition and fundraising.

Krugman said fundraising could allow for such things as new classroom space, a simulation center or an endowment for the program. If somebody wants to come up with a $75 million gift, he could have his name on the clinic branch campus in Colorado Springs.

No date has been announced for the ballot measure to put the proposal before Colorado Springs voters. Lane said he expects it to appear on the ballot no later than November.

To date, no formal opposition to the bid has mobilized. There are folks who would prefer this didnt happen, said Krugman. I think its fair to say HCA would rather have Memorial for itself and I suspect they could afford to do some just-say-no PR. So who knows what will happen?

Ed Kahn, special counsel to the Colorado Center on Law and Policy, said that while the quality of care provided by the University of Colorado Hospital is unquestioned, its mission as a teaching hospital has limited access to care to the indigent in the past.

Kahn said the center sent a letter to the Colorado Springs City Council noting that Memorial Hospital has had a good track record of providing charity care to the people of Colorado Springs and that while University Hospital and the med school dont discriminate against poor people, their mission is to be a teaching hospital.

The organization urged the council to stipulate that charity care will continue to be a priority at Memorial under any new lease arrangement.

Despite the challenges that lie ahead, Lane remains optimistic.

He said the lease agreement presents an opportunity for improved health care for this region and up and down the Front Range.

Still, he cautions people not to expect things to change overnight.

We still have a long way to go, he said, and even if it comes to fruition, the benefits will accrue over time.