The U.S. Supreme Court will hear an unprecedented five hours of oral arguments on the constitutionality of the Affordable Care Act early next year and should rule by next summer in the midst of the 2012 presidential campaign.

Colorado is one of 25 states that have joined Florida and the National Federation of Independent Business in challenging the Affordable Care Act.

The justices could invalidate the most controversial part of the law, the individual mandate, which requires all individuals to buy health insurance. Legal scholars and lower court judges have opposing views on whether the individual mandate is legal under the Interstate Commerce clause of the U.S. Constitution.

The justices could also uphold the law or declare the entire Affordable Care Act unconstitutional.

On all sides, Colorado policymakers welcomed clarity on the health law as states move forward with implementation and multiple judges in lower courts throughout the country have made conflicting rulings on the legality of the sweeping law.

Colorado Attorney General John Suthers. “It is clear that the Supreme Court will thoroughly review this critical constitutional matter.”

I am pleased the Supreme Court has decided to take up the states case. The justices have set aside five hours for oral argument on a variety of issues with the Affordable Care Act, including whether Congress has the constitutional authority to sanction individual citizens for not purchasing a particular good or service. It is clear that the Supreme Court will thoroughly review this critical constitutional matter. 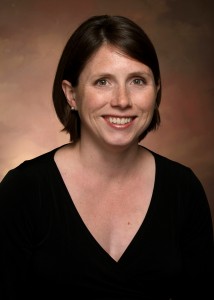 The U.S. Supreme Courts decision was long expected. The Supreme Court took up the major issues raised in the lower court cases. We look forward to the courts final decision, which will allow Colorado to move forward without impediment to implementing this law that benefits so many Coloradans.

Were confident the court will uphold the laws constitutionality. Implementing the Patient Protection and Affordable Care Act will decrease the number of uninsured Coloradans, provide greater protections for consumers and help contain costs.

Already, the law has provided important improvements for Coloradans like ensuring children cannot be denied coverage, providing additional access to coverage for people with pre-existing conditions and helping Colorado businesses provide coverage for early retirees. A positive ruling from the Supreme Court will move Colorado and the nation one step closer to achieving near universal coverage. 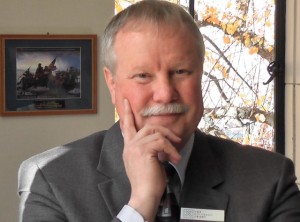 Ned Calonge, president and CEO of the The Colorado Trust. We know we have to do something. If not the Affordable Care Act, then what? We have the data thats going in the wrong direction.

If the (Affordable Care) Act continues to move forward, these numbers have a good chance of moving in the other direction, Calonge said of new data from the Colorado Health Access Survey, which show a sharp increase among Coloradans who have lost health insurance.

Calonge believes the individual mandate is not the strongest part of the law, and if the U.S. Supreme Court declares that portion of the law unconstitutional, states can figure out fixes for themselves.

Calonge does not expect the justices to halt Medicaid expansions or toss out the entire Affordable Care Act.

Thats changing the law, not changing interpretation (of the Constitution), Calonge said. They have in the past upheld Medicaid expansions. That would be a fairly remarkable change.

Regardless of the ruling from the high court, Calonge thinks people are not going to want to give up some popular changes, including coverage for adult children up to age 26 and requirements that insurance companies will no longer be able to exclude children and adults from coverage based on pre-existing conditions.

We know we have to do something, Calonge said. If not the Affordable Care Act, then what? We have the data thats going in the wrong direction.

Calonge welcomes a ruling soon. Ironically, he said the architects of the Affordable Care Act built in years before implementation so states and insurance companies would have time to ramp up and provide care for millions of people who had previously been uninsured.

The unintended consequence is that its given time (to opponents) to undo it. All the state policymakers and the insurance providers are facing this huge uncertainty. State agencies have no choice but to assume that its coming. But everybody is standing on the fence. Its really difficult to plan for uncertainty, said Calonge, the former chief medical officer for the Colorado Department of Public Health and Environment. 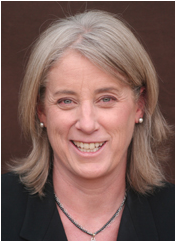 Michele Lueck, president and CEO of the Colorado Health Institute. “Regardless of the Affordable Care Act, we know that having insurance coverage leads to better access to primary and specialty care.”

Michele Lueck, president and CEO of the Colorado Health Institute

Regardless of the Affordable Care Act, we know that having insurance coverage leads to better access to primary and specialty care. However we get there, the Colorado Health Access Survey shows the magnitude of the trend line.

Lueck said a ruling from the high court sooner rather than later will give us direction in terms of how we go about providing care for the uninsured.

Clearly were all eagerly anticipating whats going to happen. The Colorado Health Access Survey tells us about the magnitude of the problem in terms of access to care.