Insurance for sickest patients costs over $12 million in first year

A new health insurance program for Coloradans with pre-existing conditions has enrolled just 800 people in its first year, but is costing much more than expected: more than $12 million so far.

Under the Affordable Care Act, Colorado is due to receive $90 million for its new high-risk health pool called GettingUSCovered.Actuaries predicted that 4,000 people would participate in the program between July of last year and January 2014, when the Affordable Care Act goes into full effect and insurance companies can no longer turn down people who have suffered previous illnesses.

Nationwide, high-risk health pools have also drawn far fewer people than anticipated. So far, about 30,000 people have signed up for the program across the country,well below the 200,000 to 400,000 who were expected to sign up between last year and 2014.

Our enrollment is not as high as originally projected, but the expenditures are much higher, said Steve ErkenBrack, president and CEO of Rocky Mountain Health Plans, the nonprofit health insurance company that has a contract to run Colorados high-risk pool.

The people who are accessing this program are very sick, and its fulfilling a very crucial need, ErkenBrack said.

Officials at Rocky Mountain Health Plans declined to give Solutions figures on the average cost per patient. They said the program is too new to provide accurate data and cited lag times in paying claims.In June, the average patient paid a premium of $355. Individuals pay monthly premiums ranging from $116 to $729 depending their age, where they live and whether they smoke.

Its unclear yet whether pent-up demand brought sicker people to the program in its first year. Those who sign up in the second year could have less costly health problems or costs could continue to exceed projections.

Because such sick people are joining GettingUSCovered, ErkenBrack said program managers may have to consider limiting enrollment, trimming benefits or hiking premiums to keep the program viable. 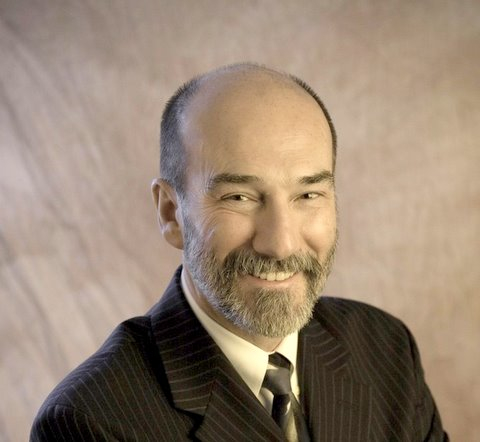 Steve ErkenBrack, president and CEO of Rocky Mountain Health Plans, the nonprofit Colorado health plan which has a contract to run GettingUSCovered. Limits and waiting lists may be necessary to slow spending. ErkenBrack: “Running out of money is not an option.”

We may need to adjust premiums and adjust who can come into the program, ErkenBrack said. We may need to freeze enrollment for a bit. Thats very premature, but the bottom line is that we have a set amount of dollars.

In order to qualify for GettingUSCovered, patients must suffer from a pre-existing condition that would disqualify them from obtaining private health insurance. So, by definition they have medical challenges. And, they have to have lived without health insurance for at least six months.

Its not a program for low-income people. The patients also must be able to pay 100 percent of their premiums, which mirror those that healthy people would pay if they were buying individual health insurance policies in Colorado.

ErkenBrack said some of those who have signed up have been severely ill patients suffering from cancer or in need of expensive transplants.

Health and Human Services Secretary Kathleen Sebelius came to Denver last week to highlight successful prevention programs at Denver Health. While in Colorado, she also met with ErkenBrack to discuss a variety of health issues, including GettingUSCovered. ErkenBrack said he did not ask for additional funds for Colorados program.

At the end of the day, we have to maximize the $90 million and make sure it lasts for this amount of time. Running out of money is not an option, ErkenBrack said. We are looking at this very, very carefully and working with the feds to make sure the program works.

Sebelius told Solutions that high-risk pools were always intended as bridge programs to provide immediate help for people who have been shut out of private health insurance. She said the requirement that people be uninsured for six months has been a barrier along with the costs and the lack of knowledge about the program.

Colorado runs its own program with federal dollars. But in many states, the federal government is running the high-risk pools and has lowered prices to try to attract more patients. Sebelius has urged other states like Colorado to consider lowering premiums. But lowering premiums would only compound Colorados problems with soaring expenses and could also bring costs below market rates for private insurance.

Some critics of the Affordable Care Act have argued that stagnant numbers in the high-risk pools are an early sign that health reform wont work. Sebelius countered that even with relatively low enrollment numbers, high-risk pools are critical to the people they are serving.

There are thousands of people, thanks to the high-risk pools, who are getting care now, that in many cases they wouldnt have gotten. In many cases, its life and death care. Its frankly saving money in hospital systems. Absent the high-risk pools, these folks would still be coming to the hospitals in critical condition. They (hospitals) would just be uncompensated.

She said the pools are giving fragile patients stability until 2014 when we can have some really comprehensive care for these individuals.

Among Coloradans who need health insurance, but cant qualify for GettingUSCovered is Ashley Whitney, 28, a student at the University of Colorado College of Nursing. In order to be enrolled in school, she must prove that she has health insurance or buy it with her tuition.

Whitney pays $3,300 per year for the schools insurance, but said its essentially worthless because it has strict caps on medications and procedures. 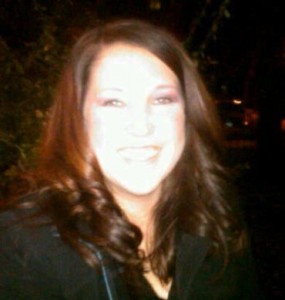 Nursing student Ashley Whitney needs better health insurance, but can’t go without it for six months to qualify for GettingUSCovered.

At 22, Whitney was diagnosed with Crohns Disease, which causes abdominal pain, digestive ailments and lung problems.

She is supposed to be taking a medication called Cimzia that costs $5,000 per month, but has stopped because she cant afford it and cant find health insurance that will cover such expensive medication.

Whitney had never heard of GettingUSCovered and cant afford to go six months without insurance so she can qualify. First, she might get kicked out of school. Second, an illness could bankrupt her.

If I got sick, I dont know what I would do. It seems like every six months, something comes up, she said. When I get sick, I get really sick. It usually involves CT scans and hospitalizations. Im typically in for three to seven days.

In 2009, Whitney had to have surgery for her illness and in 2010 she went on a program called CoverColorado. Its Colorados older high-risk health pool that dates back to 1990. It does not receive federal funds.

For eight months, Whitney faithfully paid $385 per month to make sure shed have health coverage.

Its like paying for a second car payment. I was working overtime and I wasnt even sick. I thought, Why am I throwing all of this away?

When she did need medical help, she found the coverage lacking.

Every time I went to the doctor, I had to pay out of pocket to reach my $4,000 deductible and they didnt cover any of my medications.

So, after eight months, she withdrew from CoverColorado and decided to purchase the schools health insurance. While the coverage was poor, at least she could wrap it in to her tuition payments and use student loans to pay the premiums.

Its very upsetting. Its one of the worst things with health care today. People are willing to pay (for insurance) but you have to jump through millions of hoops to have decent health care, Whitney said.

She expects to graduate in December and hopes to get a job with good health benefits.

Safety-net health pools should expire in 2014

Prior to passage of the Affordable Care Act, people who couldnt get health insurance in Colorado could turn to CoverColorado. The nonprofit program still exists, but both CoverColorado and GettingUSCovered are slated to end once Colorados health exchange starts operating on Jan. 1, 2014.

Half of the funding for CoverColorado comes from premiums individuals pay. The other half is split between fees that insurance companies pay and funds from Colorados unclaimed property trust.

By Colorado statute, individuals pay 100 to 150 percent of what healthy people in the individual market pay. As of July 1, enrollees in CoverColorado will pay about 113 percent of the market rate, said executive director, Suzanne Bragg-Gamble.

As the economy has worsened, enrollment in CoverColorado has increased by 22 percent and now hovers at nearly 14,000 people. Money from the unclaimed property fund is running out and could pose challenges to CoverColorados managers.

She says there are two big differences in the programs. One is the funding source. CoverColorado gets no federal money. And, second, people cannot join GettingUSCovered unless they have been uninsured for the previous six months.

The rates for CoverColorado are also slightly higher since they are set at 113 percent of market rate while GettingUSCovered must provide premiums at 100 percent of the market rate.

Bragg-Gamble said its been difficult to get the word out about GettingUSCovered and some people who have answered a survey on the website have said they did not sign up because of cost. Nonetheless, shes pleased with the program.

I dont care what people projected. Weve got 800 Coloradans who have health insurance and theyre able to get care. Im not ashamed of that at all, she said.

ErkenBrack of Rocky Mountain Health Plans conceded that one challenge of the GettingUSCovered is that people are allowed to sign up for the insurance, have a medical procedure and then withdraw. If GettingUSCovered ultimately has to create waiting lists, people who leave may have a long wait to get insurance again.

Youd need to think twice before you drop out, ErkenBrack said.

He believes the costs for this program dont forecast how overall health reform will work. Part of the problem is that the patients may have costlier problems precisely because they were not getting regular care.

Illnesses dont get cheaper if you ignore them. They get more expensive, ErkenBrack said.

I view this program as very successful because it has found a way to cover people who really were not able to access the system, ErkenBrack said. This is a very narrow subset of the population of the uninsured. It would be unreliable to project out onto the entire Affordable Care Act.