Most doctors in Colorado and across the United States still use a pen and paper to keep medical records. But those days are numbered. The health care industry is (finally) stepping firmly into the digital age.

Spurred by new incentives and regulations from the federal government, thousands of medical providers are making the costly and arduous transition to electronic medical files, digital information sharing and computerized analysis of patient data to improve care and reduce costs.

Were finally joining the rest of the world, said Michael Pramenko, president of the Colorado Medical Society, the 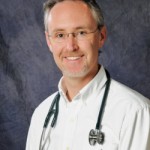 states largest organization of physicians. Doctors are very slow to this. If you look at other business entities, they did this 10 years ago.

The challenges cannot be overstated, especially for smaller practices. Theres no way for some doctors to do this, unless they get a second mortgage on their home, he said. At the same time, given how the health care industry in changing, you really have to have electronic records to get where we need to go.

While precise statistics are not available, at least one-quarter of Colorado medical providers are currently using some form of electronic records. Some use electronic medical records, which can only be shared within the practice. Others are using electronic health records, which have the added feature of interoperability the ability to share information outside of the practice. Some medical groups in Colorado, such as Kaiser Permanente and the Quality Health Network on the West Slope, have been using electronic records for many years. But most of the transitions from paper to computer files, especially among independent primary care providers and specialty groups, have taken place in the last few years.

Up until very recently, it was the Wild West of health technology. Nobody knew how to apply it appropriately and people were spending a lot of money to do it, said Phyllis Albritton, executive director of the Colorado Regional Health Information Organization (CORHIO). 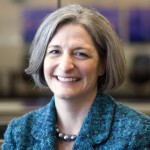 Major federal legislation, including the American Recovery and Reinvestment Act, the HITECH Act and the Affordable Care Act, have provided incentives, guidelines and regulations about electronic records that have spurred many medical providers to make the jump. They include financial reimbursement from Medicare (up to $44,000 per physician) and Medicaid (up to $65,000 per physician) for HIT implementation. Now, doctors have a price point to look at when deciding how much to spend on a new health information technology system, along with details about what the systems need to do.

Albritton said the new federal laws have helped make the implementation of HIT less like the Wild West. There are also more doctors who have experience with the technology and can say how it affects their work and patient care.

Pramenko has used electronic records for the last 10 of his 13 years in practice. He and the 30-plus physicians at his Grand Junction practice implemented electronic medical records in the 1990s and converted to a more advanced system about five years ago, he said. Their upfront costs exceeded $1 million.

He said digital records help reduce unnecessary tests and procedures and quicken data capture and analysis. The doctors order fewer tests now because they can see in the files that patients have already had those tests done.

They gained staff efficiency by not needing to file and locate paper charts. But they also hired three full-time IT specialists. Are they saving money? Its a wash, Pramenko said. However, the electronic records help the practice provide better care and better communication among staff, he said.

The 13 doctors at the Mountain Family Health Centers on the West Slope have been using electronic medical records for about four years, said executive director David Adamson. They plan to install an interface to join the Quality Health Network, a regional health information exchange, which will allow them to share information with other providers in the region.

Adamson said his health centers have been able to analyze patient data for chronic diseases, such as diabetes, using a new data warehouse that was implemented with a grant from the Colorado Health Foundation. This has helped improve care. But the true benefits of electronic records wont be seen until the health center is connected to the surrounding medical community, he said.

Adamson said the greatest challenge during the transition was making doctors and other providers feel comfortable with using a computer in the exam room. Today, some doctors in his group love the electronic records and others dislike it.

Miramont Family Medicine in Larimer County, which serves 15,000 patients in four offices, implemented electronic records in 2004 and changed to a more sophisticated system in 2006. Each week, the staff analyzes patient data from its electronic health record system to determine ways to improve care and outcomes for patients. They won a national award last year for successful use of HIT.

Scott Kenyon, chief executive officer at Miramont, said the costs are steep, but patient care has improved. They order fewer tests, are more efficient with patient visits. And patients save time and have access to certain records through an online portal.

Kenyon and the medical and HIT officials interviewed for this article said that electronic records will be an integral part of the future of health care. The ability to gather, analyze and send data from patient files will become increasingly necessary as the health care industry moves away from a fee-for-service system and toward approaches such as accountable care organizations, they said.

Were getting to the point where were going to start getting paid in health care reform based on how we manage our populations health and that will eventually trickle down to the physicians, Kenyon said.

If you look at any other industry, like the financial industry, they use technology in a successful way to reduce cost and efficiencies and improve the quality of what they do, Albritton said. Thats where were going in health care.