For Alicia Cronquist and fellow epidemiologists at the Colorado Department of Public Health and Environment, the recent listeria outbreak creates plenty of made-for-TV drama. The investigation under way is part CSI, part House, all with far greater urgency and complexity than any fictional drama could begin to depict.

The timing of the listeria outbreak coinciding with the deadly outbreak of a previously unknown strain of E. coli in Europe has brought the work of epidemiological investigators into sharp focus this week.

The United Nations News Service reported that as of Monday 22 people had died and more than 2,260 had been sickened by the bacterium, which is an exceptionally lethal strain of E. coli that the World Health Organization has never before seen in an outbreak.

The good news is that its a very small outbreak so far, said Cronquist of the listeria event.Three people have been diagnosed with listeriosis; two did not survive.

In addition to the tragedy of the loss of human life, it means those working to find the cause of the outbreak and stop it from spreading have an even harder job. Investigators trying to identify the source of this food-borne illness have only one victim to interview about the foods eaten that might have transmitted the bacteria. And while investigators are interviewing the relatives of the deceased, they not only are grieving, they likely have more limited knowledge of the foods eaten by the victims and where they were obtained. 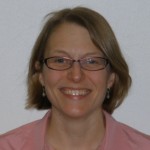 The incubation period for listeria, meaning the time between exposure and sickness, is extremely long, said Cronquist. Its three to four weeks.

This means these are very, very difficult interviews that are complicated by the fact that people have passed away. Were trying to speak in depth with the relatives to figure out all the different foods eaten, where they shopped or what restaurants they ate at. We often make home visits to check out the refrigerators and test any leftovers, all the while understanding that the exposure likely was more than a month ago, she explained.

Listeria is pretty rare, accounting for only about 10 cases of food-borne illnesses in Colorado per year, Cronquist said. She said that its also quite serious, which is why the response to the three reported cases in the Denver metro area since late May has been immediate and aggressive.

Investigators target foods including unpasteurized milk and soft cheeses made from it (some types of feta, queso blanco, queso fresco, brie, Camembert and blue-veined cheeses), and hot dogs, deli meats and smoked seafood. All have been known to be carriers of listeria.

Once suspect foods are identified, the labyrinthine network of state, local and federal regulations governing food production and distribution must be navigated successfully to identify the source of the contamination and eliminate it.

The food system is incredibly complex and the regulatory system is very complex as well, Cronquist said.

If restaurants might be involved, investigators must contact local health departments that do restaurant inspections. State agencies governing agriculture and environmental protection get involved when food producers are investigated. The federal Food and Drug Administration and the Department of Agriculture are often drawn in as well.

We all work together, said Cronquist. That can be both good and bad when it comes to expeditiously determining the source of contamination.

The exact process and the protocols for working with different agencies depend on the food involved, she explained. Ground beef is different than salsa, for example.

If ground beef is suspect, the USDA inspectors are involved and meatpacking operations are targeted. If its vegetables, anything from irrigation to processing or even the behavior of wild animals from nearby public lands might be suspect contaminants.

Elaine Scallan, assistant professor of epidemiology at the Colorado School of Public Health, said she has been monitoring the situation in Europe and is concerned that as long as the source of the bacterium remains a mystery, anxiety will only intensify. 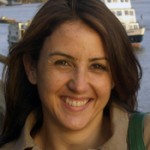 It must be very frustrating for the scientists in Europe to be going this long with no answer, she said.

Concern about the outbreak is high not only because of the numbers of people involved, but because the rate of serious complications, such as hemolytic uremic syndrome, is extraordinary. H.U.S., which attacks the kidneys and can be lethal, is reported at 30 percent or higher among victims of the outbreak, Scallan said. In the Jack-in-the-Box outbreak in the 1990s, only about 6 percent of victims developed H.U.S.

The New York Times and other news organizations have reported that Russia, one of the biggest markets for farmers from the European Union, has banned imports of all European produce until the source of contamination is identified and eliminated from the food supply. Consumers across Europe also are avoiding suspect produce, including lettuce, cucumbers and tomatoes.

Scallan said the incidence of illnesses traced to the E. coli has been higher among women than men, leading investigators to pursue foods women are more likely than men to eat such as salads.

Any uncooked vegetables and ground beef, which often is served medium-rare and therefore not cooked to a temperature high enough to kill bacteria, are suspect foods whenever an outbreak of E. coli-related illnesses is reported.

For investigators, this is really tough, Scallan said, because what the team of epidemiologists is doing at the moment is searching for that one food that all these people have in common.

Given that such a large number of victims are involved, the path to solving the mystery is particularly arduous. In a more isolated outbreak or when a smaller group of people is involved, something will jump out as a common experience, Scallan said. When thousands of people are affected, common links are much more elusive.

Cronquist said no cases of the new strain of E. coli have been reported in Colorado, but the Centers for Disease Control is monitoring reports from across the country carefully. A person infected in Europe could introduce the bacterium to the U.S. in a restaurant or via some other medium of transmission.

Colorado is one of 10 states in the CDCs Foodborne Diseases Active Surveillance Network, which monitors the rate of infections through several food-borne bacteria. In data reported in 2010, Colorado reported the highest rates of infections from E. coli (both the 0157 strain and the non-0157 strain) among all 10 states reporting.

Cronquist said this is because the state has a high rate of lab testing for this agent and because a few large outbreaks have occurred in the past few years.

Many states arent as aggressive in identifying cases and therefore people may pick up an infection and recover without ever knowing the cause of their sickness was E. coli.

Colorado has been very aggressive in testing, she said, which, combined with the recent outbreaks, has driven the numbers to two to three times the national average.

The high number of labs doing the tests as well as the high rate of testing samples across the state likely would help epidemiologists identify any cases of the virulent European strain of E. coli quickly if it did appear in Colorado.

That being said, the epidemiologists are hoping the European E. coli outbreak can be contained before it reaches the United States.

The high rate of victims developing H.U.S. and the sheer number of people who have been reported to be affected by the outbreak are worrisome.

The 1,500 or 1,600 or whatever number of people the World Health Organization is talking about is probably only the tip of the iceberg, said Scallan. Its why everybodys so taken aback by this outbreak.

While the search continues to determine the source of the European E. coli contaminants, doctors are struggling to treat victims of the new bacterium without the benefit of case histories to guide them.

Why this E. coli is more virulent is clearly a bit of a mystery, said Dr. David Cohn, professor of infectious disease medicine at the University of Colorado School of Medicine. The basic science research needs to be done to understand how the bug affects humans on the cellular level.

Given that a high percentage of victims develop H.U.S., the new E. coli is believed to be a shiga toxin-producing bacterium. Shiga toxin messes up the insides of the blood vessels, Cohn said, causing clotting and a cascading series of events that lead to renal failure.

For most shiga toxin-producing E. coli infections, antibiotics are not prescribed, he said, because they have been known to cause a spike in the release of the toxins. Doctors instead support the patients with intravenous fluids, blood transfusions and kidney dialysis, if necessary.

The appearance of the new strain of E. coli was not surprising to Cohn, who has worked with the World Health Organization in Africa and has spent much of his career studying and treating patients with H.I.V.

Its the world we live in, he said. Simply stated, bugs are smarter than the drugs. Theyve been around for millennia, while antibiotics have only been around for several decades.

Its why there is a constant need to develop new antibiotics to combat emerging pathogens.

It is a major lobbying effort of the Infectious Diseases Society (of America), said Cohn. We need support from the National Institutes of Health and industry to do better research and to create better antibiotics to handle these superbugs.

There is a whole host of microflora in your body and most of them are good guys, he explained. This E. coli is a bad guy. We dont know why its so virulent maybe were less immune, maybe its a bigger toxin-producer. We have to figure that out so we can treat the bad guys.