In 1975, Dr. Craig Johnson, then a medical student at the University of Minnesota, first encountered anorexia nervosa. Johnson found the illness intriguing and realized that there were very few people paying attention to it. It was rare to come across an anorexia patient, said Johnson, who added, It is easy to become an expert in a field where there arent a lot of cases.

Today Johnson is one of many experts in eating disorder recovery and prevention working in Denver. Johnson is the chief clinical officer at the Eating Recovery Center in Denver. Specialists in the medical field tend to accumulate in the same region, and Denver has become a national hub for specialized knowledge in anorexia nervosa, bulimia nervosa, binge eating and eating disorders that are not otherwise specified.

Medical understanding of eating disorders has grown drastically since Johnson was in medical school. Bulimia was not defined until 1983 and gained more notoriety and awareness in the late 1980s.

The causes of eating disorders are still commonly misunderstood. Young women do not wake up and decide to become anorexic. Mental illnesses occur when the brain chemistry is altered. For people who develop anorexia, this occurs during dieting and exercise.

The specific aspects of the chemistry that causes women who are wasting away at 75 pounds to view themselves as overweight, or even obese, is not fully understood. However, it is well established that diet and exercise are not neuro-neutral activities. In every person, exercise and diet alter the chemical balance of the brain. For most people this is not a problem because as soon as they end the diet, their brain chemistry balance is restored. 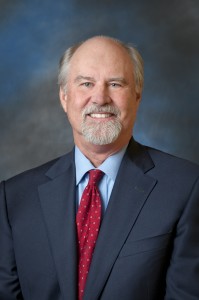 As beneficial as it is to have a healthy diet with exercise, the key aspect for everyone is moderation and balance. For a specific group of people this chemical alteration in the brain, brought about by diet and exercise, is not temporary and it quickly takes over their minds.

Anorexia is a genetic disease. Johnson has been at the forefront of studies examining the heritability of anorexia, and has found that in all the factors used to establish if a trait is genetic, anorexia is as genetically determined as developing schizophrenia.

In both anorexia and schizophrenia, an individual is 12 times more likely to develop the illness if there is a relative who has the illness.

If anorexia has a genetic component, then it seems odd that the illness has become noticeably more prominent, not just in terms of total numbers of patients diagnosed, but also in general awareness, over the last half century.

Anorexia is an illness that requires several pre-conditions to be met before it will manifest, according to Johnson. Having the genetic predisposition to develop the diseases represents a latent vulnerability. In this way, anorexia is similar to alcoholism. If a person who is genetically likely to develop alcoholism never drinks, he will never develop the illness. It remains latent. For anorexia, diet and exercise are the gateway behaviors that lead to development of the full disease.

Johnson observes that the cultural shift in the 1960s, when thinness became the defining aspect of feminine beauty, coincides with the development and spread of anorexia.

The pervasiveness of the culture of thinness in society and the rise of fad diets has triggered this disease in millions of young women, according to Johnson. Anorexia has the highest mortality of any mental illness, for people who develop, or are predisposed to develop, anorexia it is far more deadly, and a far more serious health concern than obesity according to Johnson. While Johnson has been studying anorexia and working in treatment centers, the recovery rate for people with anorexia who seek treatment has reached about 80 percent, perhaps higher.