Record suicide toll rocks Colorado. Could altitude be to blame?

The iconic Western cowboy has long enchanted artists and pioneers alike. Who could be more carefree than a man alone on his horse, herding cattle as jagged peaks tower overhead?

The romance with the Rocky Mountain West is fundamental to our American DNA.

Yet, there is a hidden peril for these mavericks and stoic ranchers, as poisonous as cigarettes were to the rugged Marlboro man.

Depression and suicide rates are alarmingly high among ranchers and rural residents in Colorado.

Throughout the state, Colorado has set an unfortunate record with the highest number of suicides ever recorded in state history. Altogether, 940 people took their own lives in 2009, the most recent year for which data is available.

Among the stark statistics:

Now, a new study may help explain the high suicide rates that have long confounded mental health workers in Colorado and the Rocky Mountain West.

Dr. Perry Renshaw, a psychiatrist at the University of Utahs Brain Institute and an investigator with the Veterans Affairs Rocky Mountain Mental Illness Research, Education and Clinical Center based in both Salt Lake City and Denver, has found a new overwhelming link between high altitude locations and suicide. The study could have profound implications for suicide prevention in Colorado the state with the highest average altitude in the country. 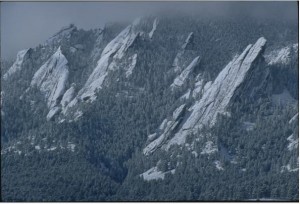 At 6,000 feet (above sea level) suicide rates increased by approximately 70 percent. Its huge, said Renshaw, the lead researcher on the study.

Causes for suicide can be extremely complicated. Renshaw and fellow researchers looked at other risk factors in the region including a high rate of gun ownership and isolation from low population density. Gun ownership is a well recognized contributing factor for suicide and past studies have shown that suicide rates are higher in rural areas. But suicide experts hadnt ever looked specifically at the impact of altitude on mood disorders.

The Utah teams research found that gun ownership and low population density alone could not sufficiently explain increased rates of suicides at higher altitudes. They found that altitude was an independent risk factor. Renshaw cautions that more research needs to be done, but he believes that oxygen deprivation at higher elevations, known as hypoxia, may cause metabolic stress on people with depression and other mood disorders.

We calculated the altitude for every county in the U.S. and you get this whoppingly high correlation between high altitude and suicide risk, Renshaw said. The take-home message is that its exceedingly unlikely that this would happen by chance. It would be just one chance in a gazillion.

Veteran suicide researchers remain skeptical about a direct link between high altitude and suicide. Many had theorized that there was something unique about the people drawn to the American West that elevated suicide risk. To test for this, Renshaw and his team looked at data from Korea, a country with varying high-altitude topography similar to the Rocky Mountain region. They found exactly the same trend in a totally different culture.

The higher you live, the higher the suicide rate was, Renshaw said. Altitude remains one of the strongest suicide predictors.

Renshaw decided to study altitude and suicide after moving to Utah a couple of years ago and seeing a map showing the dramatic regional differences in suicide rates. Previously, his research had focused primarily on brain chemistry and mood disorders, not on suicide. He was surprised at how overwhelming and consistent the study results were.

Perhaps even more surprising has been the pushback from veteran suicide researchers and tourism officials who dont want negative publicity about the Rockies.

Were not saying that if youre depressed and youre living in the mountains, you should move. Thats a drastic cure. But, we need to think seriously about doing more research to understand this, Renshaw said. Some people adapt quite well (to altitude). The quality of life is very high. And the vast majority of people love living here. Its also, to my mind, quite clear that there are some people who dont do so well.

Robert Fetsch, a human development professor at Colorado State University, travels throughout Colorado giving assistance to farmers and ranchers as an extension specialist.

Among Fetschs most requested program: Spotting the Signs of Suicide.

Fetsch, who has taught for 31 years, blames attitude more than altitude for the high rate of depression and suicide among men in rural areas throughout Colorado. The tough economy has made things harder for men who learned as little boys to be tough and independent, not to seek help.

Theres a John Wayne mentality. Do it alone. Cowboy it up. Dont be a sissy, Fetsch said of the pervasive attitude. We expect men to be the sturdy oak, confident, self-reliant, give em hell.

That self-reliance can leave men suffering alone and in silence.

When theyre hurting, men are taught to keep it inside. Tell no one. Be a man, Fetsch said.

After his talks, Fetsch finds men frequently open up to him and share their darkest fears.

One said to me, Im 48. Im the sixth generation rancher on this land and I might be the one who loses it. Can you imagine how horrible I feel?

Risk of suicide rises as people age. The rate is highest among men over 85. The next most at-risk group is men between ages 45 and 64.

Its particularly bad after they lose a spouse or their identity. It may have do with the demands of family farms, the shortage of health care workers in rural areas, high accessibility of firearms, financial difficulties, and retirement is tough for farmers and ranchers, Fetsch said.

Former Logan County Sheriff Bob Bollish, 60, was the quintessential John Wayne-style lawman. He loved riding horses, singing and gazing at puffy clouds and crystal stars. A native of Sterling, Bollish was hoping to become sheriff again when one cold early morning in February, he shot himself to death in his pickup truck on a remote piece of land near his property.

The campaign wasnt going his way and investigators said Bollish was distraught at having to sell off some of his land to pay bills. He also was facing medical problems that left him in pain.

Unfortunately, we have very easy access to guns. Being the former sheriff, he was very well versed with firearms, Miller said.

She conducts suicide prevention classes for groups large and small, ranging from pastors to groups of elderly people. She tries to break down the stigma against seeking mental health care.

Economic problems are just one of many issues that cause people to turn to suicide.

A lot of small farmers cant make it out here anymore. If you dont belong to a large corporation, its hard to keep it going. Some people also turn to alcohol, Miller said.

The Colorado Trust has pumped nearly $4.1 million over the last several years into suicide prevention programs throughout the state, and recently prepared an in-depth study on progress throughout Colorado.

Colorado also boasts an Office of Suicide Prevention to coordinate prevention efforts aimed at vulnerable people from teenagers to retirees.

Among the findings of The Trusts report:

Recently, national attention has focused on increased suicide risks for military veterans, and gay and lesbian teens and young adults. Both young people and soldiers are among those at great risk in rural areas as well.

Paradise may not be paradise; reaching out to save lives

Moffat County in the northwestern corner of Colorado had the unfortunate distinction of posting one of the worst suicide rates in Colorado over a nearly 10-year period between the late 1990s and 2007, according to The Trust study.

Ronna Autrey, herself a suicide survivor after her adult son died in a suicide nine years ago, said newcomers sometimes come to Colorado hoping to solve their problems. Of course, they bring their baggage with them.

They find that paradise isnt paradise after all. Its expensive to live in the mountains. People have to work two and three jobs. We see a lot of shame when men lose jobs. And, we have a lot of ranchers who dont seek help. Theyre used to pulling themselves up by their bootstraps.

Autrey said its especially hard for people in small towns to seek help. Often in rural communities, the mental health center is a stand-alone building. People are afraid to walk in the door because their friends and neighbors might see them.

Its all about the shame, said Autrey.

She tells her story over and over again to try to convince people that talking about depression and seeking help is far better than dealing with the devastation of suicide.

The need for information is clearly there. During a recent information session on bipolar disorder, Autrey had nearly 100 people show up.

There are tons of people whose lives have been touched by this. They havent known where to seek help. The worst stigma is still walking in that mental health building, Autrey said. Were definitely saving lives. I just worry about the ones we dont reach.